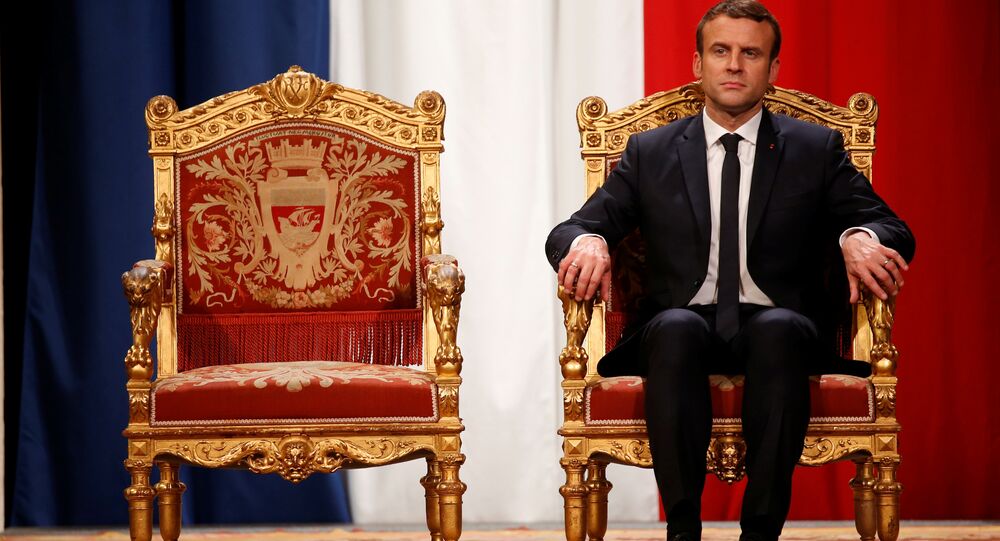 French President Emmanuel Macron is set to meet his German counterpart, Angela Merkel, May 15, and urge her to back his plans for a "reformed and relaunched" European Union and call for support for a "multi-speed" Europe that may even exclude Poland and Hungary - which are both at loggerheads with Brussels - from the 28-member bloc.

Newly inaugurated French President Emmanuel Macron — who had been the finance minister under ex-President Francois Hollande's socialist government, but who left to form his own En Marche party — is set to have talks with German Chancellor Angela Merkel, May 15, in what is being seen as a crucial meeting for the future of the EU.

During his inauguration speech, Macron pointedly referred to a "reformed and relaunched" EU and one that could run at "multi-speed" suggesting there could be consolidation within the eurozone member states, while those outside the single currency area could adopt trade-only status.

"We will reform and relaunch the Europe we need because it protects us and allows us to demonstrate our values to the world. France's role in the world is an eminent one. We will assume our responsibilities when it is called for. A timely response to the big crises of our era," he said.

He added that France was "on the verge of a great renaissance" after he was sworn in at the Elysee Palace, in Paris and pledged "to give back to the French people the confidence that for too long has been flagging."

© REUTERS / Christian Hartmann
French President Emmanuel Macron and his wife Brigitte Trogneux wave to French President Francois Hollande (not pictured) as he leaves after the handover ceremony at the Elysee Palace in Paris, France, May 14, 2017

His meeting with Merkel is being seen as a critical one for the Paris-Berlin axis and that Macron wants to exert more power in the future of the EU — France having already shown solidarity with the southern eurozone member states, which are struggling to stay within tough fiscal debt limits set largely by Germany.

Macron's win in the French presidential election is also being seen as a sign that his "multi-speed" EU plans could see Poland and Hungary sidelined in future decision making. Both countries are at loggerheads with Brussels over it Rule of Law policy.

In December, 2016, the European Commission officially warned Warsaw that it would remove its voting rights in the EU, if the Polish Government did not roll back controversial changes to its Constitutional Court.

Hungary is also under threat after the country passed a series of laws which curb academic freedom which some describe as an "act of political vengeance" in "another step towards unbridled authoritarianism" which politicians say is "destroying Hungarian democracy."

MEPs have hit out after the Hungarian Government passed a series of laws that could force the internationally recognized Central European University (CEU) out of the country and has also begun a national consultation against alleged EU policies.

​There was also an outcry after the Budapest government decreed that Hungarian NGOs that receive US$25,000 from foreign sources should have to register with the authorities and represent themselves to the public as foreign-funded organizations.

Macron — a staunch EU supporter — is likely to raise the Polish and Hungarian issues with Merkel when he meets her late May 15.

Presidential Switchover: What Major Achievement Macron Could Strip from Hollande