During his inauguration on Sunday as French president, Emmanuel Macron promised to stand up to “Putin’s diktat,” to put France on an equal footing with the US and restore EU leadership. Many experts believe, however, that consolidating the badly fractured French society could become the topmost priority for the newly-elected president.

Emmanuel Macron will name a prime minister on Monday and the new government will be announced on Tuesday, Reuters reported, citing a source close to the new head of state. 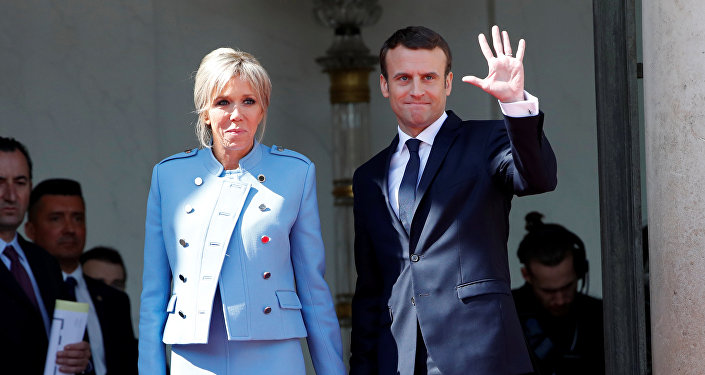 © REUTERS / Christian Hartmann
'This Responsibility is Honor': Macron Officially Assumes French Presidency From Hollande (PHOTOS, VIDEO)
Alexis Kohler, 44, who served as Macron's chief of staff during his stint as economy minister, was appointed on Sunday to the powerful post of secretary general of the Elysee palace, while former ambassador Philippe Etienne was named as his top foreign policy advisor.

A career diplomat, the 61-year-old Etienne is a familiar face both in Brussels and Berlin.

“This is very good news. Philippe knows his way around EU affairs and is a strong proponent of Franco-German friendship,” Martin Selmayr, the head of cabinet under European Commission President Jean-Claude Juncker, wrote on his Twitter account.

“Act independently as part of the collective West”

Emmanuel Macron’s first and foremost campaign promise was to strengthen the EU’s hand.

“We need a more efficient European Union, more democratic and more political, as it is an instrument of our might and, therefore, our sovereignty,” Macron emphasized.

© REUTERS / Pascal Rossignol/File Photo
Macron's Victory in France to Be Drawback for European Integration
He also said that France will always be on the side of freedom and solidarity, urged the French people to unite and promised that the world will “listen very attentively” to what Paris says.

Meanwhile, Macron plans to work closely with EU countries to minimize the negative effect of Brexit.

In an interview with the online newspaper Vzglyad, Sergei Fyodorov, a senior researcher at the Institute of Europe in Moscow, said that under President Macron, France, together with Germany, would try “to put the EU on course to sustainable development.”

He also reminded of Macron’s pledge to stay the course on foreign policy, charted by Presidents Charles de Gaulle and Francois Mitterrand, where France “acts independently as part of the collective West.”

Not everyone in Europe is euphoric about Macron’s election though. Poland and Hungary fear that Macron’s support for the German-backed idea of a "multi-speed" Europe could erode the single market that has been the biggest benefit of their EU membership and exclude them from the decision-making circle in Brussels.

Polish officials have already accused Emmanuel Macron of resorting to double standards and of violating the spirit of the common European market.

As far as France’s relations with the US go, Macron is a true-blue proponent of trans-Atlantic solidarity, which he sees as a guarantor of European and global security, Sergei Fyodorov continued. 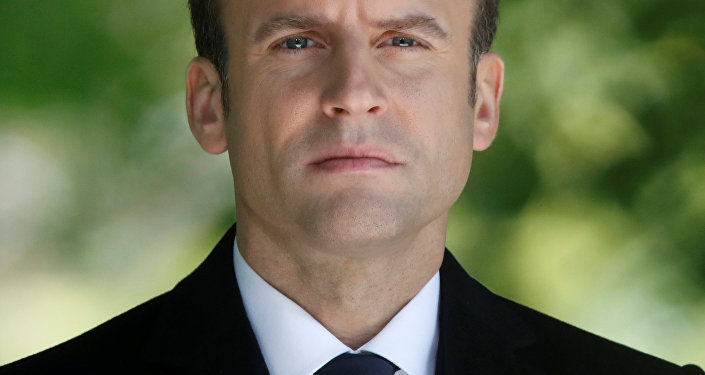 © REUTERS / Christian Hartmann
Macron on Collision Course With Germany Over Eurozone Reforms
Emmanuel Macron earlier said that Europe’s close postwar cooperation with the United States “made it possible for us to preserve peace and face up to the Communist threat.”

That said, Macron will still seek an equal-footed partnership with the US, Fyodorov said, adding that in foreign policy Macron will stay the course of his predecessor, Francois Hollande, and will keep fighting international terrorism as part of the US-led coalition.

In an interview with Vzglyad, Moscow-based political scientist Yuri Pivovarov said that, despite his promise not to dance to Putin’s tune, Emmanuel Macron “will still have to consider the interests of a country like Russia.”

“Third round of the presidential election”

As a centrist, Emmanuel Macron is facing the daunting task of uniting a deeply divided country plagued by high unemployment and a growing far- right movement.

"In the second round of the election, people voted for him in order to oust Marine Le Pen, not for his program," Philippe Moreau-Chevrolet, a political consultant, told Al Jazeera.

More than 40 percent of French voters supported the far-right and far-left candidates, while a hefty 25 percent did not vote at all on May 7. This means that a large majority of the French people don’t trust Macron.

“He will have to unite the society and win the people’s trust, which will not be easy,” Sergei Fyodorov noted.

With next month’s parliamentary elections looming tall, Emmanuel Macron still has no party of his own to lean on.

Yuri Pivovarov said that Macron will be hard put to cobble together a parliamentary majority and, therefore, will be forced to “play games.”

Emmanuel Macron won the French presidential election with over 66 percent of the votes, way ahead of the far-right hopeful Marine Le Pen, who came in second with almost 34 percent.