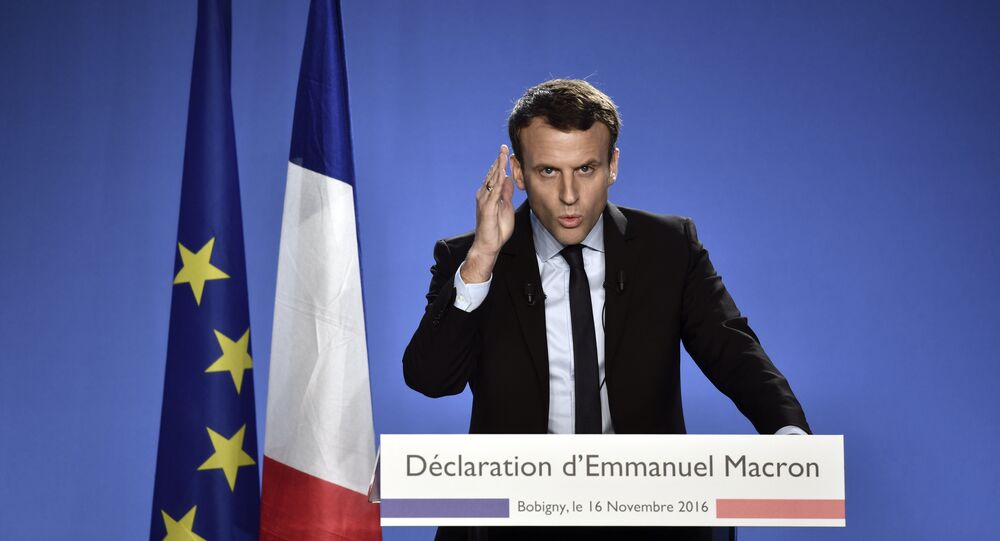 The inauguration of centrist Emmanuel Macron is set to be held Sunday.

© REUTERS / Charles Platiau
Ex-French PM Juppe Denies Report of Deal on New Cabinet With Macron
MOSCOW (Sputnik) – The inauguration of centrist Emmanuel Macron, who won the second round of the French presidential election, is set to be held Sunday, as the current French President Francois Hollande will formally hand over power to Macron.

Hollande is expected to welcome Macron in the official residence of the president of France, the Elysee Palace, and to hand over the country’s nuclear launch codes during the private meeting. After that Hollande will leave the Palace for the last time.

During the ceremony, Macron will sign the investiture, receive the insignia of the Legion of Honour and deliver an inaugural speech. He will reportedly talk about his mission of uniting the country.

Macron won the second round of the French presidential election which took place on May 7, with 66.1 percent of the ballots, according to the French Interior Ministry.