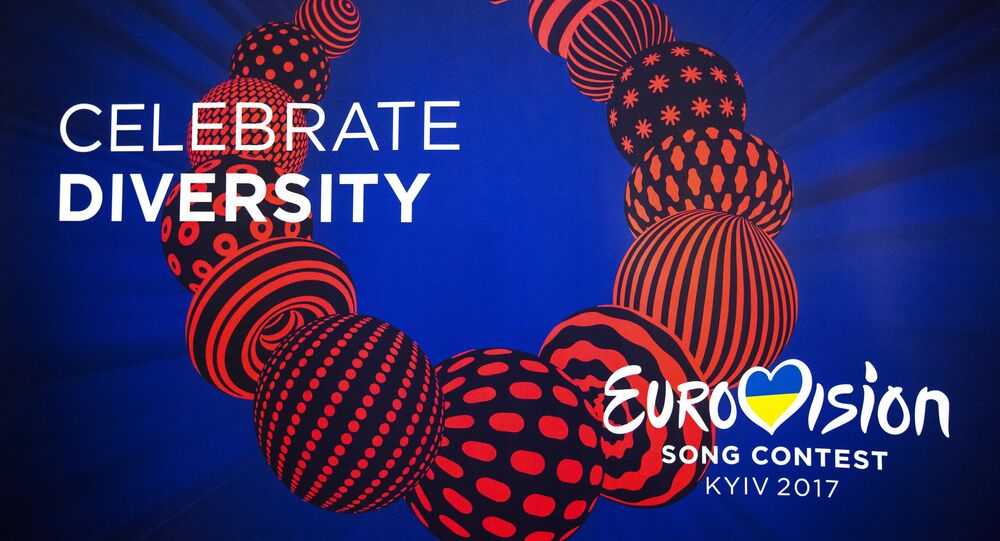 Portugal on Sunday won the Eurovision Song Contest for the first time ever.

The WINNER of the #ESC2017 is Portugal! CONGRATULATIONS Salvador Sobral!!! #CelebrateDiversity pic.twitter.com/uMvU4fFf9Z

​The Eurovision final took place in the Ukrainian capital of Kiev on Saturday night.

Sobral's jazz-style ballad Amar Pelos Dois (Love for Both) received 785 points from the jury and public votes. It is the first victory of Portugal at the Eurovision contest.

© AFP 2020 / Sergei SUPINSKY
Over Half of UK Citizens Would Vote to Leave Eurovision Song Contest
Ukraine won the right to host the 2017 Eurovision contest after the song "1944," performed by Ukrainian singer Jamala, ended up winning the 2016 contest. This year Russia did not take part in the contest, as the Ukrainian authorities banned Russian singer Yulia Samoilova to enter the country.

In 2016, Russian performer Sergei Lazarev took the third place at the Eurovision contest.