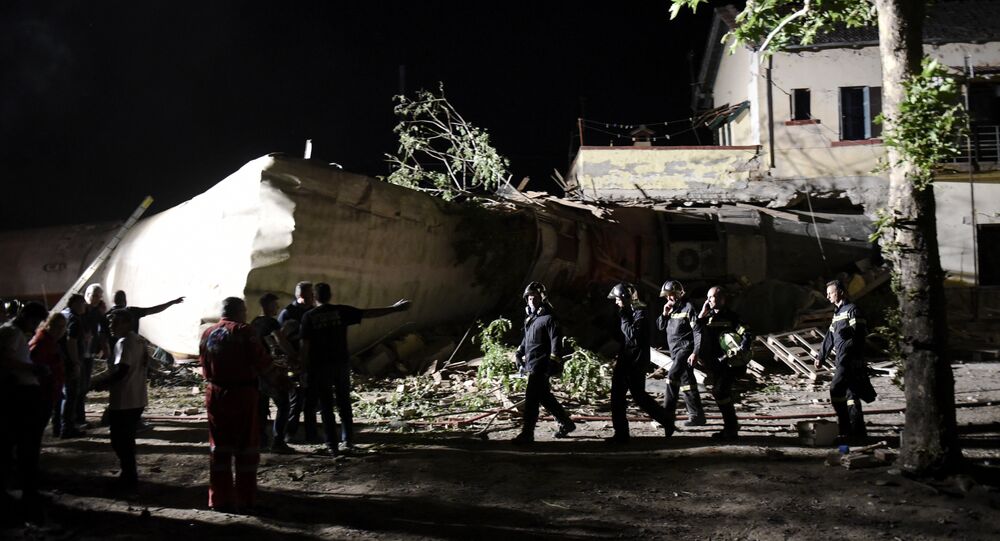 A passenger train in northern Greece derailed on Saturday night, killing four and injuring at least five more, some seriously.

The death toll in the Saturday night train derailment in Greece has risen to four, railway company TrainOSE confirmed in a statement.

An OSE Intercity passenger train was heading from Athens to Thessaloniki with about 100 passengers onboard when it derailed at 9:40 pm local time near the town of Adendro, less than 40 kilometers from the train's destination. The train hurtled into a nearby home, killing four and injuring several more. The driver is among those badly hurt, according to local news agency Emvolos.

A dozen fire brigades have been deployed to the area to help passengers escape jammed carriage cars. Local media report that carriages have been badly crumpled and rescue personnel had to search them for trapped passengers. Themanews reports that half a dozen passengers had to be extracted from derailed carriages by rescue crews.

Witnesses to the accident said they saw the train crash into a house and watched two individuals inside jump from a balcony, the Washington Post reports. Another resident of the house was trapped, according to local media.

The cause of the crash has not yet been determined. The injured have been transported to local hospitals.