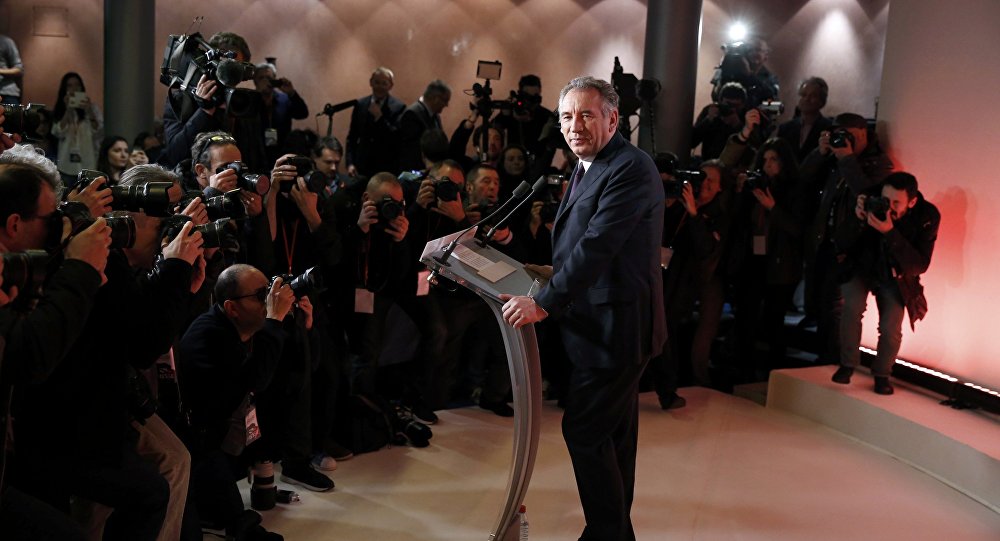 Emmanuel Macron’s ally Francois Bayrou said Friday a tentative deal between his MoDem party and that of the French president-elect has been reached on candidates for this June's parliamentary election.

MOSCOW (Sputnik) — Bayrou, a centrist who gave up his individual candidacy to support Macron in the race for presidency, was upset that only 35 MoDem members had made it into Macron’s list of 428 contenders for parliamentary seats.

© REUTERS / Charles Platiau
Ex-French PM Juppe Denies Report of Deal on New Cabinet With Macron
"I think that progress has been made and that we have a solid and balanced accord, which has not been finalized because teams from En Marche! movement asked us to wait for the answer until tomorrow," Bayrou told reporters after the talks, as quoted by the French television BFM TV.

Macron’s team unveiled its list of parliamentary candidates on Thursday. Le Figaro newspaper said the two parties had agreed on 90 candidates for MoDem, with 50 of them "winnable." But MoDem reportedly denied such an agreement was made.