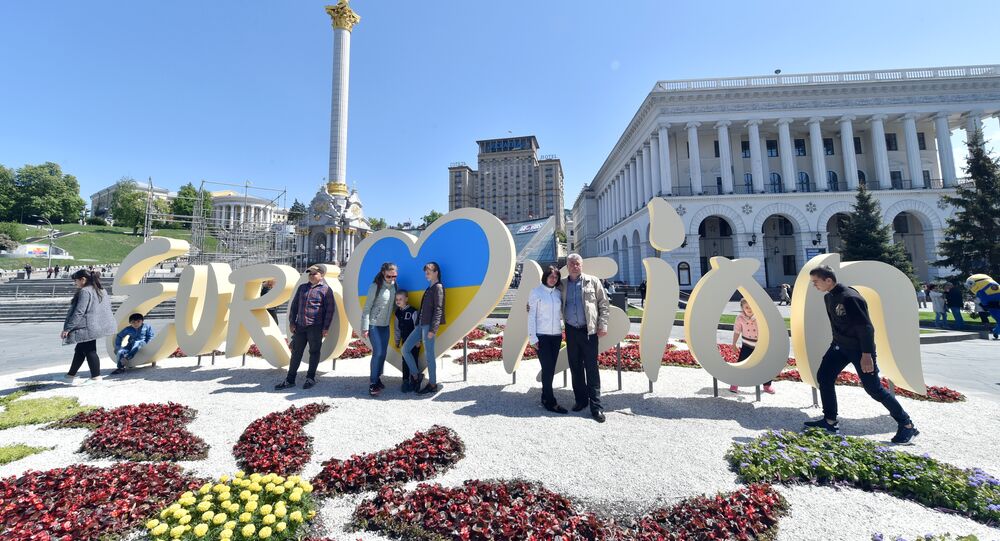 56 percent of citizens of the United Kingdom would vote to leave the Eurovision Song Contest, while 44 would prefer to remain, according to the poll.

MOSCOW (Sputnik) — More than 50 percent of citizens of the United Kingdom would vote against the country's participation in the Eurovision Song Contest if there was a referendum on UK membership in the event, a poll revealed Friday.

According to the YouGov survey, 56 percent would vote to leave the contest, while 44 would prefer to remain.

© Sputnik / STR
Off to a Good Start: Thousands of Fake Tickets and Other Scandals Around Ukraine's Eurovision
The survey showed that 76 percent of those who voted to leave the European Union were more likely to want to pull out from the contest, the final contest of which will take place in Kiev on Saturday.

On June 23, UK citizens voted in a referendum to leave the European Union. According to the final results, 51.9 percent of voters, or 17.4 million people, supported Brexit. In late March, the United Kingdom officially began the withdrawal process from the European Union by handing a formal letter to European Council President Donald Tusk. It is expected to leave the bloc in spring 2019.

Off to a Good Start: Fake Tickets and Other Scandals Around Ukraine's Eurovision