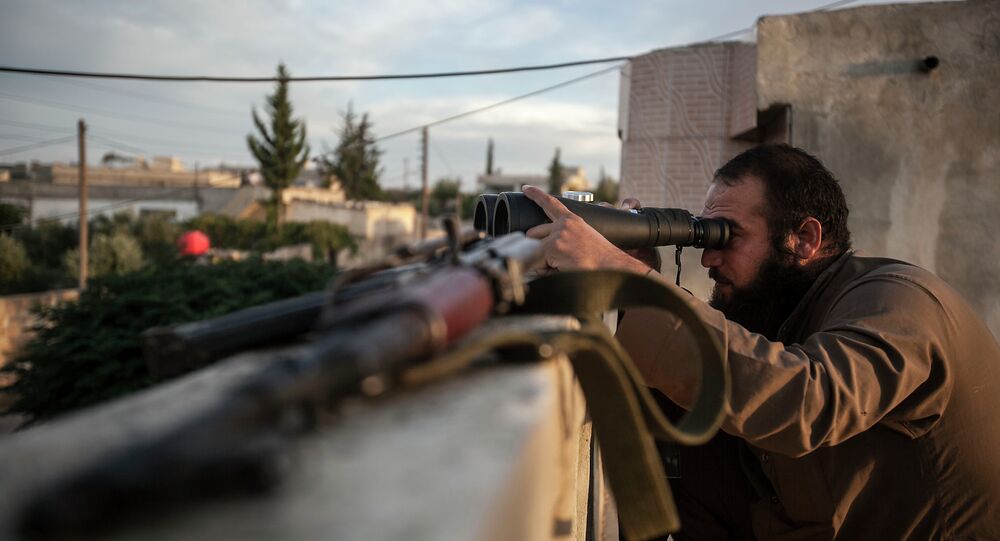 An Austrian court has found an asylum seeker guilty of mass murder, after he boasted of killing 20 Syrian government soldiers in an asylum center.

© AFP 2021 / DELIL SOULEIMAN
'Chaos in the Region': Fighting in Syria's Manbij Persists Amid FSA Attacks
A 27-year-old asylum seeker from Syria has been found guilty of mass murder in his homeland by an Austrian court, the Tiroler Tageszeitung reported on Thursday.

The man was a member of the Farouq Brigades, an armed rebel organization that was founded in 2011 and operates as part of the Free Syrian Army.

As part of this organization, he fought against Syrian government troops in Al-Khalidiyah and Homs in 2013 and 2014.

He later fled Syria for Austria, where he sought asylum in the Tyrol. However, his boasts in an asylum center there about his activities during the war would prove his undoing.

A fellow asylum seeker from Syria reported him to the authorities, after he boasted that he had shot dead 20 seriously wounded government soldiers, hours after fighting had finished.

During questioning by agents of the Federal Office for the Protection of the Constitution and Counterterrorism, the suspect admitted that he had fought against Syrian government troops and that he had shot the soldiers, although he later retracted his confession and claimed it was the result of mistranslation.

"He said it because it was simply true. Now of course the defendant regrets it, since he has realized that in Austria shooting the defenseless is not celebrated," state prosecutor Thomas Willam told the court.

© REUTERS / Dado Ruvic
Austrian Court Rules Facebook Must Clean Up Hate Speech in Case Brought by Offended Politician
Austrian prosecutors also showed the court further statements by the defendant, in which he claimed that he was celebrated as a resistance fighter by the local population. In addition, photographs taken with a mobile phone show the accused holding a machine gun and radio equipment.

Prosecutors maintained that the killing cannot be regarded as warfare because they happened hours after fighting had finished. Therefore, they called on the jury to convict the defendant of mass murder and terrorism, because the killings were intended to intimidate the population and destabilize the region.

On Wednesday, a jury in Innsbruck convicted him of the mass murder of 20 people and sentenced him to life imprisonment for the crime, although the charge of terrorism was not upheld. The 27-year-old defendant, who has declared a hunger strike, is set to appeal the verdict.