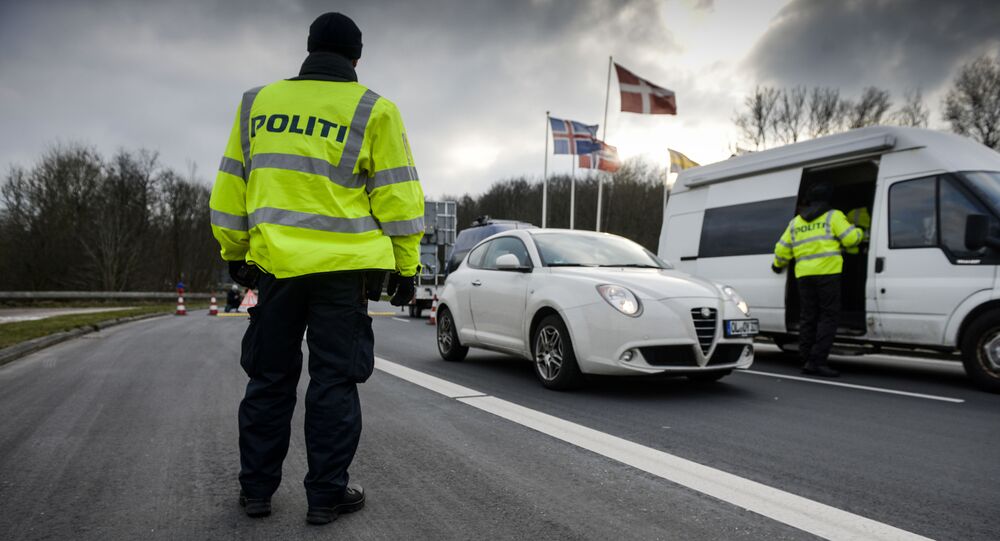 Austria, Germany, Denmark, Sweden and Norway may prolong proportionate temporary border controls for a maximum period of six months, according to the decision of the Council of the European Union.

"As from this date, when the previous decision expires, Austria, Germany, Denmark, Sweden and Norway may prolong proportionate temporary border controls for a maximum period of six months at the [specified] internal borders," the Council said in a statement.

It ordered the countries to exchange views with the relevant member states to make sure that the controls are implemented only when it is necessary and proportionate.

"The member states that carry out these controls should review each week whether they are still necessary and adjust them to the level of the threat, phasing them out wherever appropriate. They should report to the Commission and the Council every month," the statement read.

© AFP 2021 / CLAUS FISKER / SCANPIX DENMARK
Sweden Waives Document Control on Border With Denmark – Infrastructure Minister
As the European Commission said earlier in May, this is the last time when temporary security checks could be imposed under EU legislation. The Commission has recommended the EU states to switch to regular police checks at the roads near their borders and gradually move away from the current border checks.

The measures of border control were first imposed by some EU members states in 2015 due to a high influx of undocumented migrants and then it has been prolonged a number of times over the years.

Europe has been facing a major refugee crisis, with hundreds of thousands of migrants attempting to reach wealthy EU member state through various routes, including via Italy, Greece, Turkey and Balkan states since 2015. According to the latest figures of The International Organization for Migration (IOM), almost 50,000 migrants had crossed the Mediterranean Sea just in 2017.