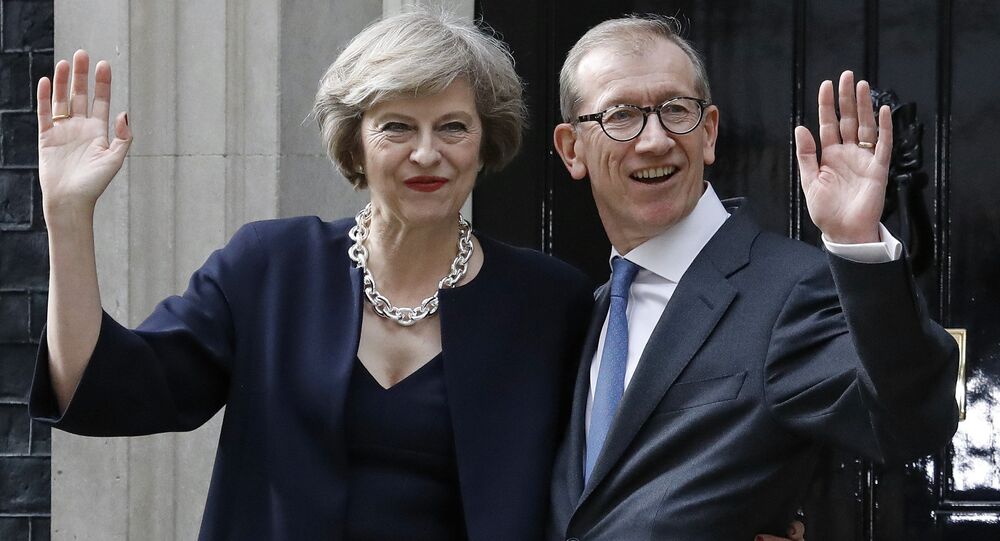 The UK general election campaign trail is heating up with all sides showing their best side. Labour leader Jeremy Corbyn was declared an Arsenal football supporter, Liberal Democrat leader Tim Farron took place in a color fun run and Conservative Party leader and current PM Theresa May has offered a glimpse of her private life with her husband.

In the run-up to the June 8 UK general election, Mrs. May is attempting everything to try and win votes. She is now trying to strengthen her hand in the divorce negotiations with the European Union and also cement her position as a strong leader for the UK.

The PM has been out on countless factory visits and now appeared on a prime time BBC show with her husband Philip May.

Asked how they split their tasks at home, Mr. May told the BBC that they give and take, and this is a common theme in every marriage.

"I definitely do the taking the bins out, I do the traditional boy jobs by and large, although now she is working so hard he sometimes makes the 'tea' or dinner," he added.

Mr. May said that his wife was an excellent cook, but since becoming prime minister, her cooking skills are now confined to the weekends.

Philip May, a British investment relationship manager and a year younger than his 60-year-old wife, has been a quiet partner to Theresa May since she was appointed prime minister shortly after Britain voted to leave the European Union in June 2016.

Mr. May met his future wife at university and he claimed it was "love at first sight."

May agreed, with a "likewise."

This latest PR move is a clear attempt to reach a new demographic of voter, and it appears to be working — according to Reuters, Theresa May is maintaining a strong lead in the opinion polls.

May: 'Some in Brussels' Undermining Brexit Talks, Seek to Influence June 8 Vote