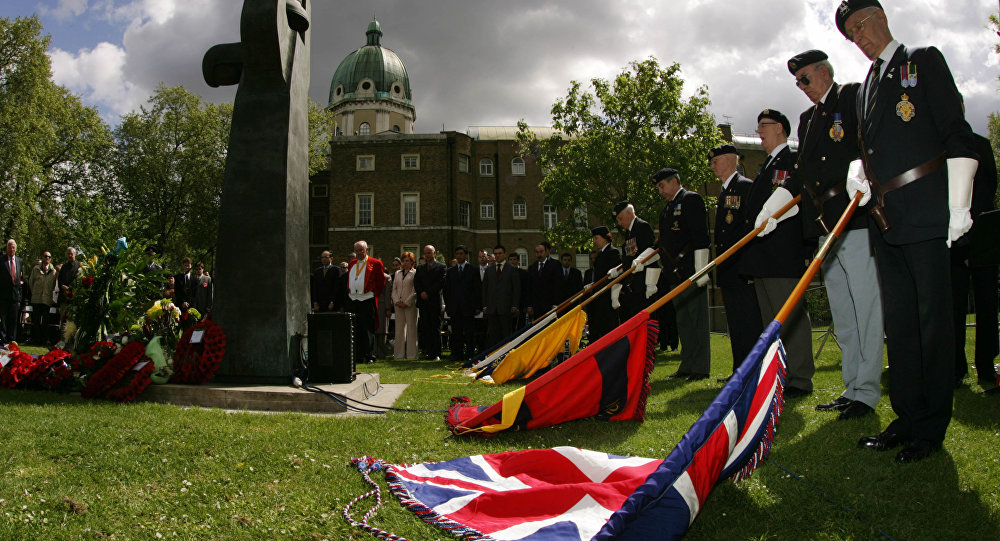 Hundreds of people came to the Soviet War Memorial near the Imperial War Museum on Tuesday to honor the memory of the victims of the World War II.

© Sputnik / Natalya Bode
Traces of WWII: Guess What Cities Are Hidden Behind the Ruins
LONDON (Sputnik) — Alexander Yakovenko, the Russian ambassador to the United Kingdom, who was speaking at the ceremony held at the memorial, thanked the veterans of the war for their heroic deeds and ceremony participants for having come to honor their memory.

The ambassador and other embassy representatives were among the first to lay wreaths at the memorial.

A number of veterans came from Russia to participate in the ceremony. 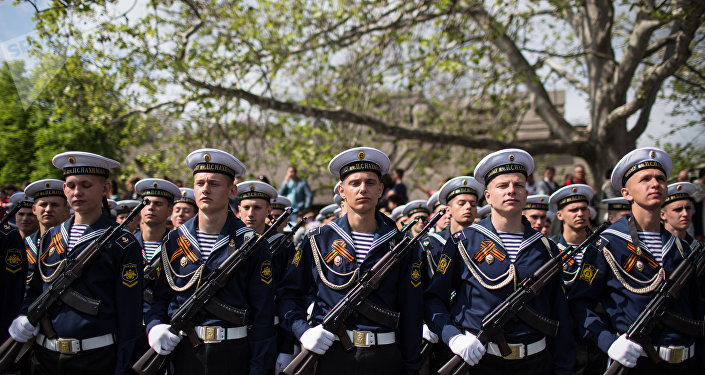 © Sputnik / Ilya Pitalev
Victory Day Parade in Sevastopol Gathers Thousands of Participants, Spectators
A number of events have been planned in London to mark the anniversary of the Victory, including a commemorative march of the "Immortal Regiment."

The memorial was opened in London on May 9, 1999. The special ceremonies are held next to it thee times a year, on May 9 to mark the Victory Day, on January 27 to honor the victims of the Holocaust and on Remembrance Day, observed in the United Kingdom in mid-November to honor the memory of all war victims.