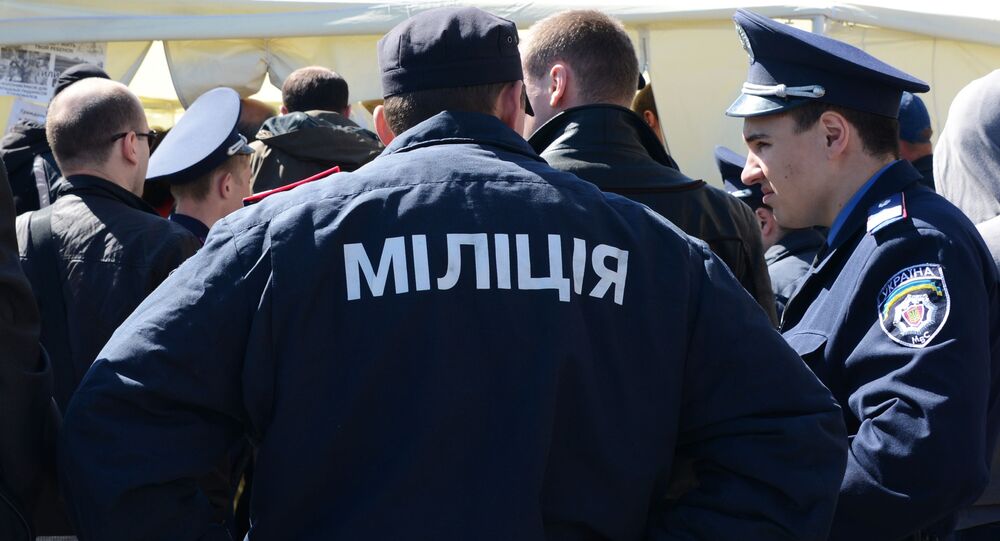 Ukrainian police detained 45 people across the country for public order disturbances during celebrations on occasion of the Victory Day on Tuesday, 25 people were detained in the capital city of Kiev alone, Ukrainian Deputy Interior Minister Serhiy Yarovoy said.

Earlier in the day, clashes broke out between the participants of the Immortal Regiment campaign and Ukrainian nationalists on Tuesday at the Eternal Flame memorial in Kiev.

"Forty five people were detained all across the country," Yarovoy told a briefing.

Earlier in the day, the police said that a group of people had blocked the entrance to the park that was to be the final destination of the march.