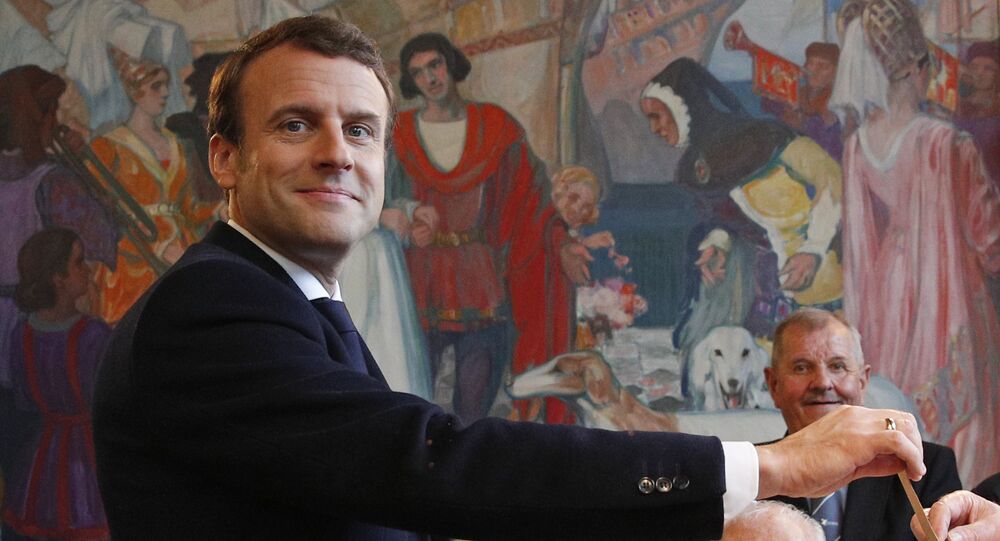 About to 54 percent of the French citizens do not believe that country's President-elect Emmanuel Macron will not be able to carry out all of his reforms, as he had promised, in the first 100 days of his presidency, a poll showed on Tuesday.

MOSCOW (Sputnik) — According to the Odoxa poll, the supporters of En Marche! movement founded by Macron and the Socialist Party are most optimistic about the future president's ability to conduct all planned reforms, with 89 and 70 percent of them believing that he will succeed.

The supporters of the National Front, whose candidate Marine Le Pen, lost to Macron in the presidential run-off on Sunday, have proven the most skeptical about Macron's ability to fulfill his campaign promises, with only 14 percent believing him capable of it.

© Sputnik / Irina Kalashnikova
French Presidential Election Signals Demise of Political Establishment
The survey showed that most measures proposed by Macron were supported by the respondents, with a special coordination intelligence cell to facilitate the fight against terrorism backed by 88 percent.

According to the poll, 81 percent of the respondents backed the law simplifying regulations for businesses and the same percentage was in favor of the law for the accountability in public sphere.

The new regulation that would favor union agreements in separate companies or in certain fields over union agreements on the national level is supported by 62 percent of the respondents, and so is the introduction of administrative leeway for businesses.

The cap on the damages that can be accorded over a labor law dispute, thus reducing risks for the companies, was backed only by 46 percent.