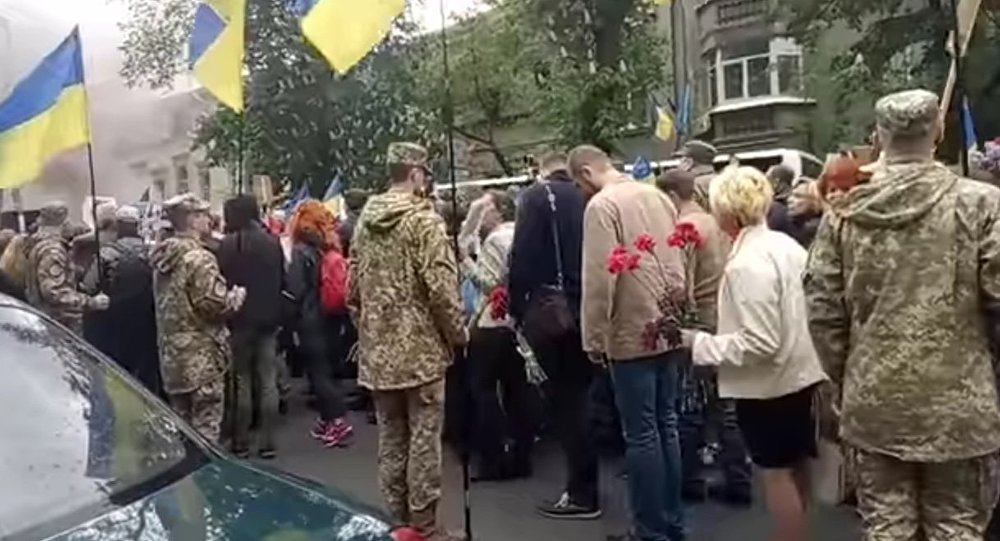 Clashes Break Out Between Immortal Regiment Participants, Radicals in Kiev

Clashes broke out between the participants of the Immortal Regiment campaign and Ukrainian nationalists on Tuesday at the Eternal Flame memorial in Kiev, a Sputnik correspondent reported.

KIEV (Sputnik) – Several thousand people are taking part in the Immortal Regiment commemorative march in Kiev. Ukrainian radicals have announced their intention to derail the campaign.

© Sputnik / Igor Bashkovityi
'Immortal Regiment' March Participants, Radicals Clash in Ukrainian Kharkiv
Several dozen Ukrainian nationalists gathered near memorial and were asked by the participants of the Immortal Regiment march to not disturb the laying of the flowers. Brief clashes broke out between the sides.

Police got involved in the incident, detaining nobody.

Earlier in the day, the police said that a group of people had blocked the entrance to the park that was to be the final destination of the march.

Over 1,000 Participate in ‘Immortal Regiment’ March in Prague – Organizer