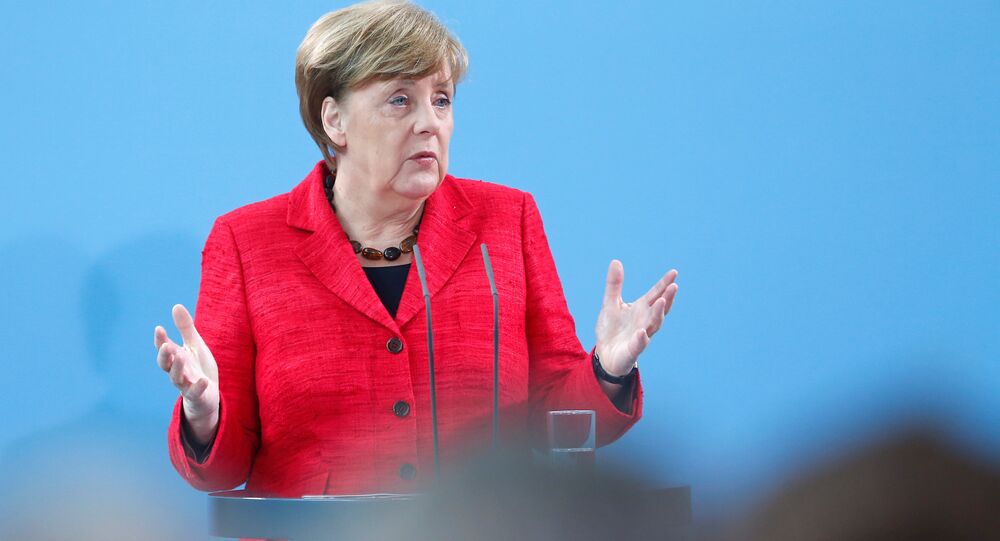 "Chancellor Angela Merkel in a phone talk late on Sunday warmly congratulated Emmanuel Macron on his election victory. She acknowledged his entry into the united and opened to the world European Union during the election campaign. The decision of the French voters is a clear signal of dedication to Europe," Seibert said, as cited in a statement of the German government.

According to the preliminary results of the French presidential runoff, released by the country’s interior ministry, the leader of the En Marche! movement, Emmanuel Macron, is winning with 63.69 percent of votes, while right-wing candidate Marine Le Pen received 36.31 percent, with 80 percent of the ballots counted.