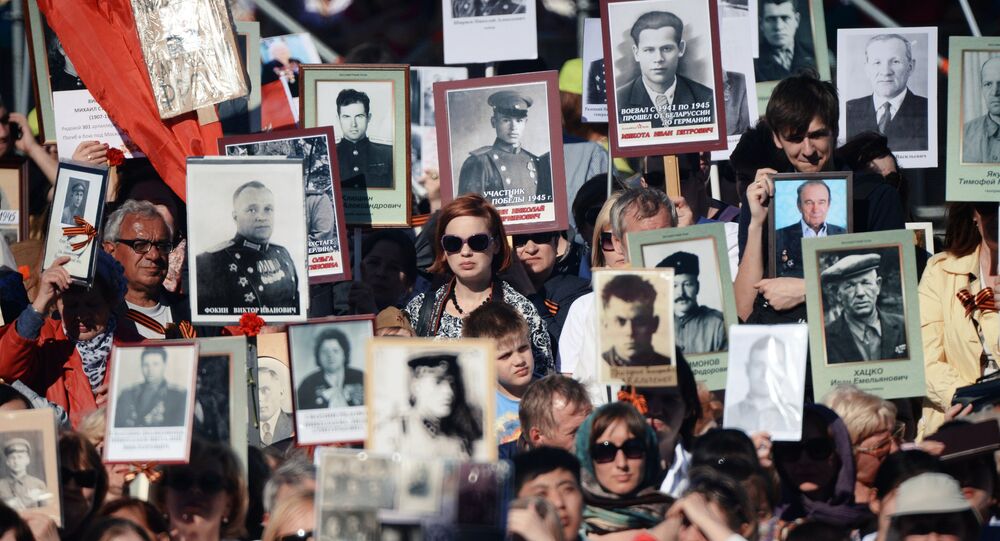 Hundreds of People Participate in 'Immortal Regiment' March in Stockholm

© Photo : Embassy of the Russian Federation in Portugal
Over 600 Attend ‘Immortal Regiment’ WWII Commemoration March in Lisbon – Russian Embassy
MOSCOW (Sputnik) — The Second World War commemoration event, dubbed "Immortal Regiment," took place in the Swedish capital of Stockholm on Sunday, with about 500 people attending the event, the head of the Union of Russian communities in Sweden, Lyudmila Sigel, told Sputnik.

"Everything went well, people were happy. We were marching with music, sang partisan songs, we had Soviet flags, which left people around frozen with surprise, I think," Sigel said.

She pointed out that the participants of the event gathered near the St. Sergius Orthodox Church, holding banners in Swedish and Russian languages.

The event was held with support of the Russian Embassy n Sweden, the Coordinating Council of Russian Compatriots of Sweden, St. Sergius parish of the Moscow Patriarchate in Stockholm and the Swedish-Russian Friendship society.

Sweden holds the march for the third time.