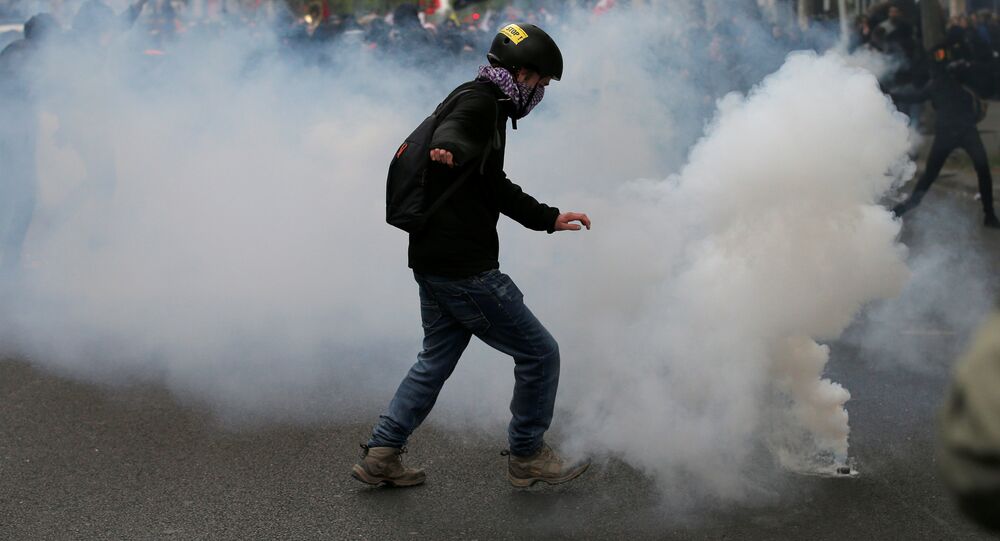 © Sputnik / Alexey Vitvitsky
Macron Leading in French Presidential Election With 63.69% of Votes
PARIS (Sputnik) — French police have used the tear gas against protesters in Menilmontant district in the east of Paris, a Sputnik correspondent reported Monday.

According to the correspondent, the police dispersed the tear gas near one of the churches. The demonstrators, chanting slogans against the fascists and capitalists, are continuing their protests in eastern Paris.

Another group of some 200 people are still blocked in the area near the bar where anti-fascist activists gathered after the manifestation in the eastern Paris.

Clashes between demonstrators erupted earlier in Menilmontant, the 20th district of Paris, on Sunday, after first preliminary results of the French presidential election were announced, a Sputnik correspondent reported.

The demonstrators started moving toward police and throwing bottles at the officers, forcing the latter to use the tear gas.

Three plops were reportedly heard before the demonstrators started attacking the police.

All the traffic in the area was blocked.

According to data announced by the French Interior Ministry after 95 percent of ballots were counted, Macron is winning the French presidential election with 65.48 percent of votes.