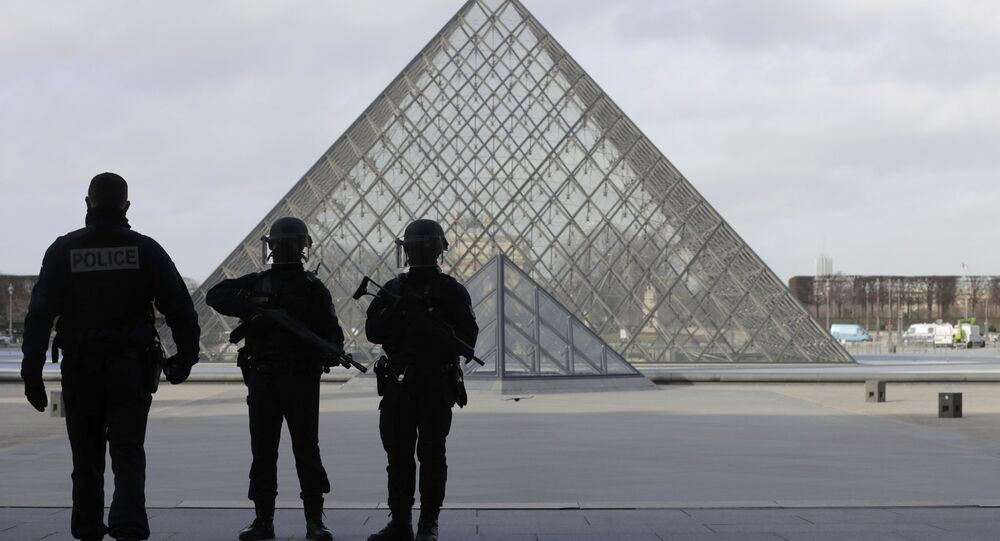 Police have been called to the Louvre Museum courtyard in Paris, where presidential candidate Emmanuel Macron plans to celebrate after voting in the runoff is over on Sunday, local media reports.

Live footage posted by RT showed members of the press ordered to leave the area.

Some local journalists said on Twitter that police had found a suspicious camera battery in the courtyard, where Macron's post-election party is scheduled to take place.

Members of the press at the Louvre Museum courtyard in Paris, where presidential candidate Emmanuel Macron plans to hold a post-election party, were evacuated after a suspicious bag was found, a source in Macron’s campaign told Sputnik.

Police found camera batteries inside the bag, a source in Macron’s campaign said on Sunday afternoon, confirming that there is no threat of an explosion.

Polling stations opened across France for the runoff on Sunday morning.