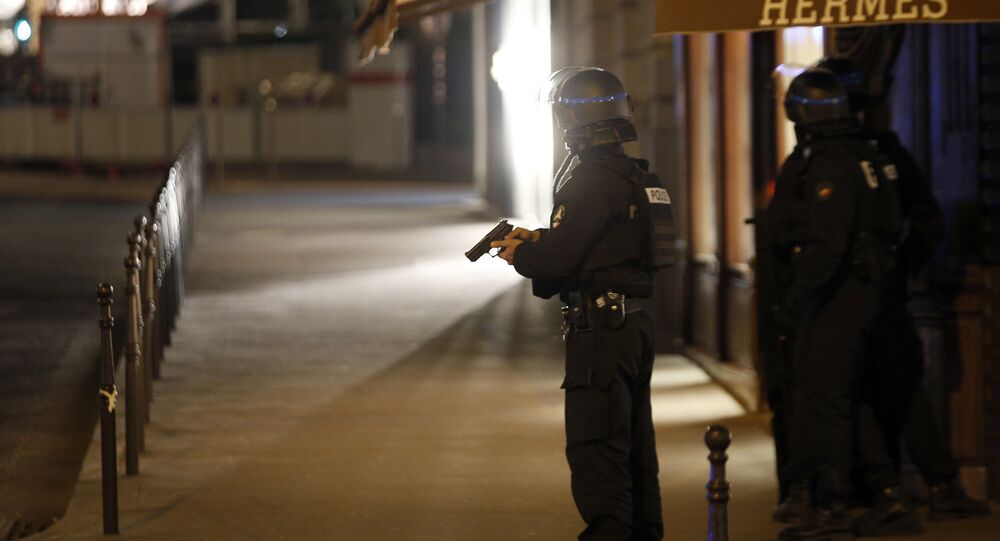 French police have put three people on their wanted list on suspicion of preparing a terrorist attack ahead of the presidential run-off.

© AFP 2021 / PATRICK KOVARIK
Man Shot Dead Near Paris Ahead of French Presidential Run-Off
French police told Sputnik that it had put three people on its wanted list on suspicion of preparing a terrorist attack ahead of the country's presidential run-off.

"Yesterday, on May 6, the French police issued a wanted list that includes three people suspected of preparing a terrorist attack on the French territory," the official said.

The police official specified that among the suspects were two citizens of Belgium, Bilal Al Marchori and Tarik Jadaoun, and an Afghan national Zabihullah Sarwari.

​The official added that the bulletins were also published in the social networks.

In 2016, media reported that Jadaoun had allegedly been fighting for the Islamic state (IS, outlawed in Russia) terrorist organization in Iraq and was preparing to become "the next Abdelhamid Abaaoud," a Belgian terrorist of Moroccan origin, suspected of masterminding the November 2015 attacks in Paris that killed 130 people.

The issue of terrorist attacks carried out by civilians who returned to European states from the crisis-torn areas in the Middle East has become topical in recent years. This has occurred after a number of attacks have been implemented by jihadists with similar stories, such as Abaaoud's.