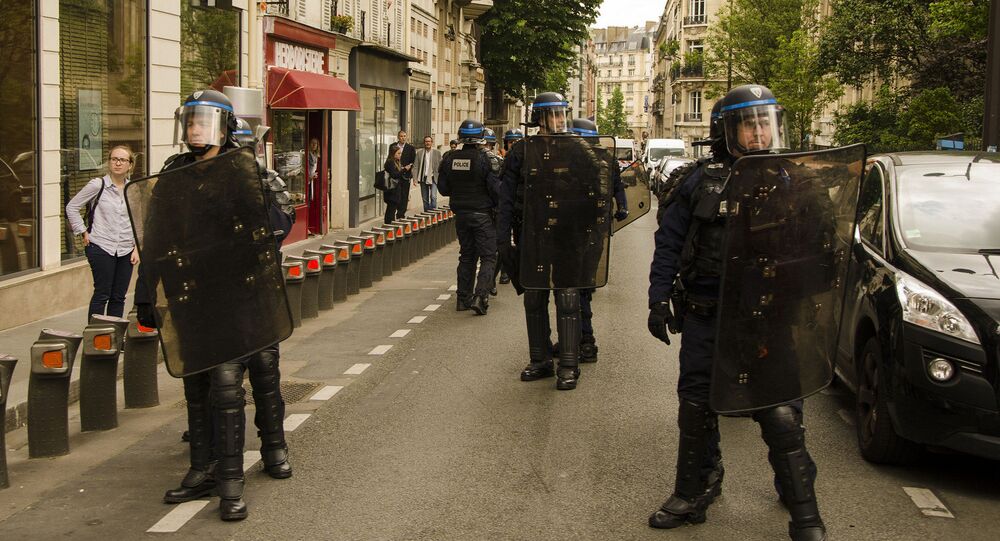 Three people were detained after hanging a gigantic banner on the Eiffel Tower with a motto of the French Republic and a hashtag #resist on Friday morning.

© REUTERS / Philippe Wojazer
Two Police Officers Injured in Shooting on French Island of Reunion
PARIS (Sputnik) – The huge banner saying "Liberty, Equality, Fraternity" was hanged early on Friday between the two pillars of the Eiffel Tower in Paris. The banner bears hashtag #resist, an initiative by Greenpeace activists aimed at protesting against the campaign of right-wing presidential candidate Marine Le Pen, who is a former leader of the National Front (FN) party.

In a press statement, police of the 7th district in Paris confirmed the detention of three people.

According to Director General of Greenpeace France Jean-Francois Julliard, the action is aimed at preventing people from supporting Le Pen "and everything [FN] represents."

Independent candidate Emmanuel Macron and Le Pen became the two top contenders in the first round of the French presidential election, and are set to face each other in the run-off on Sunday. According to polls, Macron is set to win the runoff with about 60 percent of votes against Le Pen's projected 40 percent.