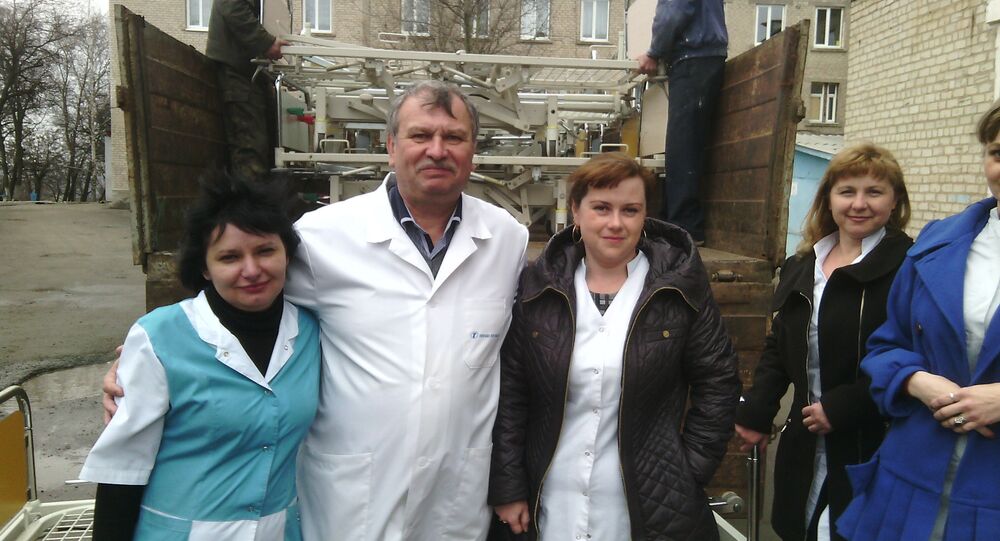 A German charity has sent a truck full of hospital equipment to the people of Donbass, who are enduring war and a blockade imposed by the government in Kiev.

© AP Photo / Evgeniy Maloletka
'Blatant Sabotage of Minsk Deal by Kiev' the Only Reason of Ongoing Donbass War
A German charity has responded to Kiev's blockade of Donbass by sending a truck of hospital equipment there, Sputnik Deutschland reports.

The charity is called "Zukunft Donbass" (Future Donbass) and is based in the state of Thuringia. The German activists have been supporting the people of Donbass for over a year and felt moved to send aid because of the devastation caused by Kiev's military operation there.

Spokeswoman Ivana Steinigk, who has recently returned from a visit to Donbass, said that conditions there are gradually getting better thanks to humanitarian aid from their organization and others who are keen to help.

"Of course, people are suffering from the consequences of war and the blockade. However, the grocery stores have opened again, the schools are open, the hospitals are being renovated. You can see some progress, that things are being rebuilt."

Steinigk said that the German charity focused on medical equipment because it is desperately needed by Donbass hospitals, which have suffered bombardment by the Ukrainian army and an ongoing economic blockade sanctioned by Kiev. 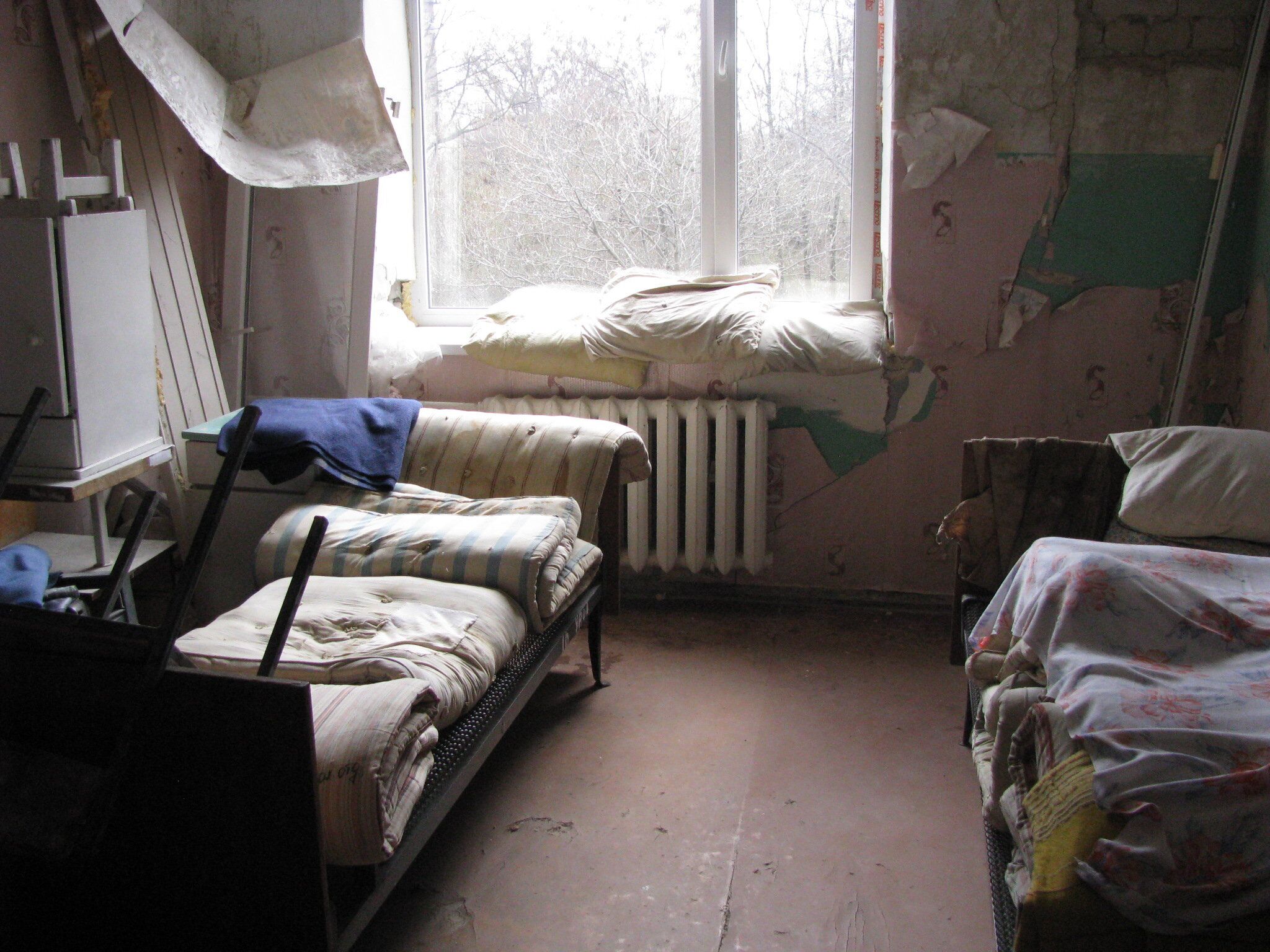 © Photo : Iwana Steinigk
A patients' room in Pervomaisk hospital which is yet to be renovated

"Some hospitals have been rebuilt with the aid of charitable funds from Russia. The bullet holes from the rocket launchers have been covered up, but there are very few medical devices and the patients' rooms are ill-equipped," she explained.

On May 4, Zukunft Donbass delivered a truck of medical equipment to the residents of Pervomaisk and Novosvitlivka, towns in Lugansk which are close to the line of conflict between the Ukrainian army and pro-independence forces of the self-proclaimed Lugansk People's Republic (LPR).

The truck contains hospital beds, furniture for patients' rooms, infusion equipment, ECGs and wheelchairs. The equipment has come from Thuringia hospitals which no longer use it, is being sent to Lugansk with the help of private donations.

Steinigk said that the German authorities have played no part in the charitable action, a consequence of Berlin's political stance regarding the Donbass conflict.

"I have the impression that this is too much of a hot topic for German politicians. So far we've had no support. If you heard the press conference in Sochi and the completely different standpoints of Merkel and Mr. Putin on the conflict in the Eastern Ukraine and its causes, you saw that that the German and Russian views are completely different," Steinigk said. 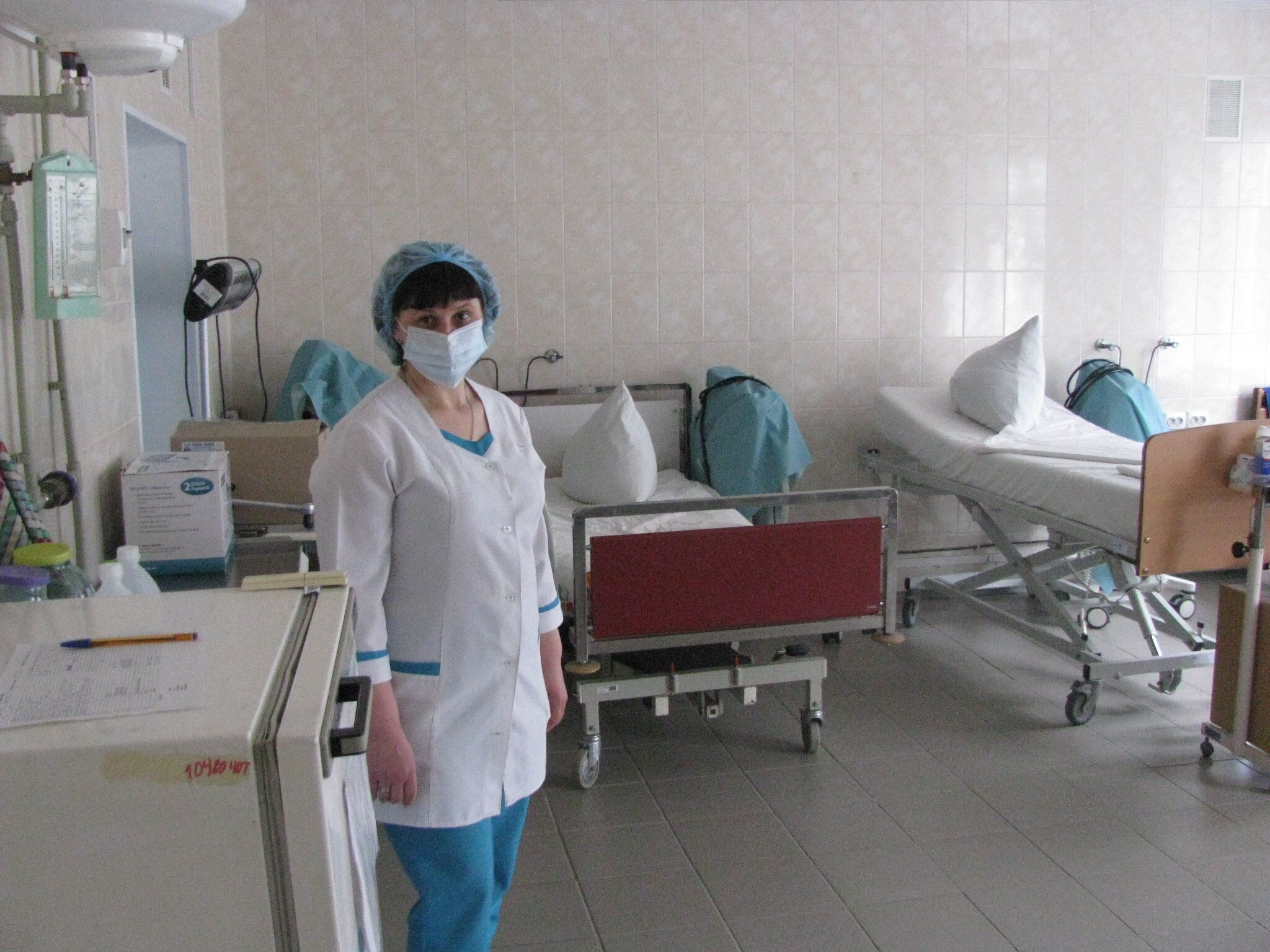 © Photo : Iwana Steinigk
A patients' room in Pervomaisk that has been renovated
The blockade of Donbass began in January, when a group of former participants of Ukraine's military operation in the southeast, including several lawmakers, blocked traffic on several segments of freight rail lines running from Donbass. In March, Ukrainian President Petro Poroshenko enacted the decision of the National Security and Defense Council of Ukraine to sever all transport connection with the self-proclaimed people's republics of Donetsk (DPR) and Lugansk (LPR) until a ceasefire was fully established in the region.

The blockade has forced the charity to deliver its supplies via the Russian border. That makes the humanitarian action illegal under Ukrainian law, a fact which the German foreign ministry has reminded the organizers about.

"We were contacted by the German Ministry of Foreign Affairs and informed that what we are doing is illegal. We have now written another official request to Kiev, in which we explain who we are and our work."

"We already did this over a year ago, before we started the deliveries, and didn't get an answer. Now we are also waiting for an answer as to how we can legally send these relief supplies to the LPR. We imagine that this will be very difficult, however, since the area is now completely blocked by the Ukrainian side," Steinigk said.

© AFP 2019 / GENYA SAVILOV
Kiev's Provocations on Russia's Borders Really Aimed at Testing Trump
In addition to the blockade, Kiev has also cut off power supplies to Lugansk, which Steinigk said will make it harder for the region to be re-integrated into the Ukrainian state.

"If you completely cut off the areas from the electricity, gas and water supply, people are pushed more and more towards Russia. I believe this is a quite intentional tactic," the activist said.

"The overwhelming majority of the people I spoke to in Lugansk can hardly imagine being reintegrated into Ukraine. Not only on a practical, but also on an emotional level, it would be too difficult for people to return to a country that was shooting at them," she explained.