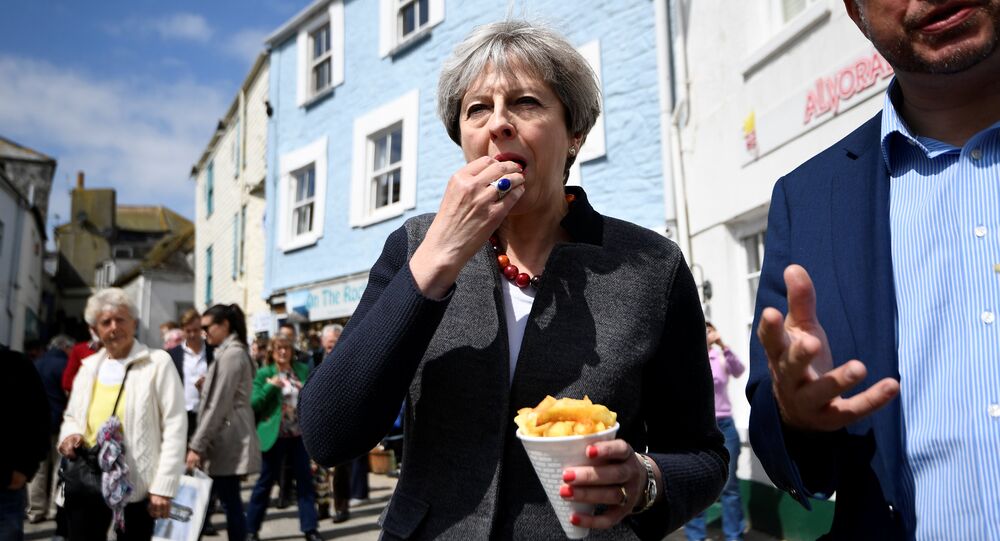 The UK Conservative Party may count on 48 percent of votes in the June parliamentary elections, which is 19 percent more than the public support for the Labour Party, a fresh YouGov poll revealed on Thursday.

© REUTERS / Andrew Yates
Tories 15% Ahead of Labour 1 Month Before UK June General Election - Poll
MOSCOW (Sputnik) – The Tories have strengthened their positions during the last week with their support having increased by 4 percent, while the Labour party lost 2 percent.

The Liberal Democrats may count on 10 percent of votes, which is 1 percent less than a week ago.

A total of 5 percent of respondents said they would vote for the Eurosceptic UK Independence Party (UKIP), which is also 1 percent lower in popularity than a week ago.

The poll was conducted on Tuesday-Wednesday, with 2,066 adults having taken part in it.

On April 19, the UK House of Commons backed Prime Minister Theresa May's bid for an early general election on June 8. May said the snap election was aimed at overcoming divisions in parliament, succeeding in Brexit negotiations with the European Union, and ensuring stability in the country.