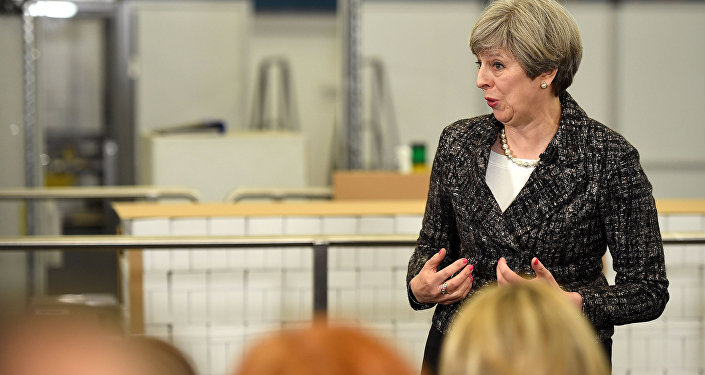 "Theresa May is playing party games with Brexit in the hope of winning advantage for the Tories in the general election. By winding up the public confrontation with Brussels, the prime minister wants to wrap the Conservative party in the Union Jack and distract attention from her government’s economic failure and rundown of our public services," Corbyn said, as quoted by the LabourList outlet, in reaction to May's speech.

Brexit negotiations, while vital to the entire country, have been held hostage to Conservative Party interests, the opposition leader stressed, warning that some in the ruling party wanted a failed Brexit deal to craft the country's economy for their own benefit.

"The prime minister says that no deal would lead to a different economic model for Britain. In plain terms, that means wiping out employment rights and consumer protections and giving still more tax breaks to the rich and big corporations. That’s the threat and the risk that comes from this Tory government," he said, adding that Labour would secure a Brexit deal that is beneficial for most people if it wins the June 8 election.

In early May, European media reported that May's first meeting with EU President Jean-Claude Juncker was far from constructive, with Juncker dashing a host of May's hopes for an easy and successful post-Brexit trade deal as well as a speedy timetable. Downing Street rejected the reports.

May called a snap election last month to strengthen the country's government for Brexit talks. The election comes at a time of major Conservative gains in the polls and a dire situation for Labour.