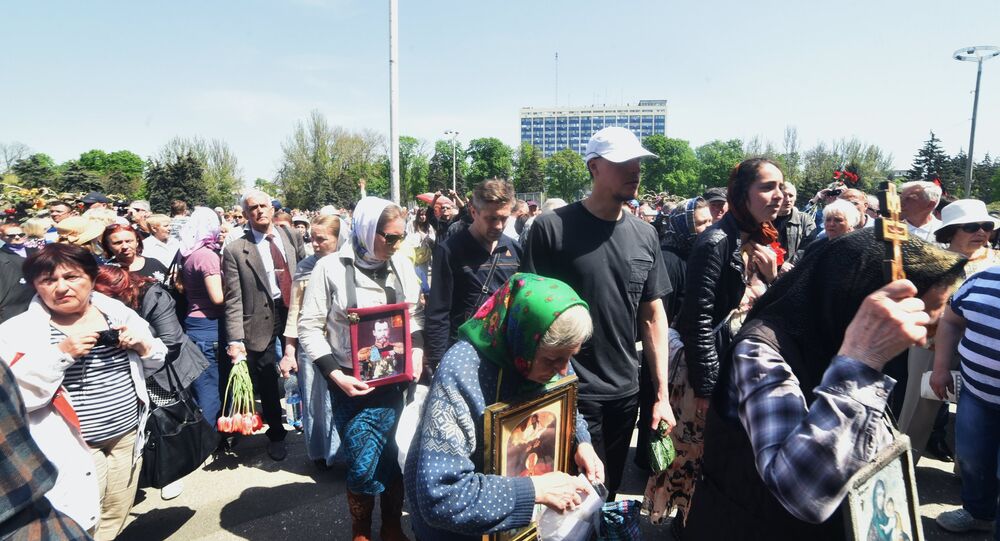 Hundreds of people gathered on Tuesday in the southern Ukrainian city of Odessa to commemorate those who were killed in the deadly fire in the city's Trade Unions House, and clashes between pro-Kiev radicals and anti-government protesters in 2014, a Sputnik correspondent reported.

© Sputnik / STR
Odessa Residents Detained in Suspicion of 'Preparing Terrorist Attacks' - SBU
ODESSA (Ukraine) (Sputnik) — People came together for the remembrance rally on the Kulykove Pole square-garden near the Trade Unions House, located in the historical part of the city. The rally goers said that organizers of the event had been detained by the Security Service of Ukraine.

During the rally, the attendees read poems in honor of the 2014 massacre victims and read out the names of the 48 people killed during the clashes between radicals and protesters, and the Trade Unions House fire.

Those at the remembrance rally in Odessa also said that they had been prohibited from flying banners and showing the victims' photos during the event.

On May 2, 2014, pro-Kiev radicals blocked a group of people protesting against the coup-imposed government in the House of the Trade Unions. Shortly thereafter, the radicals set the building on fire with Molotov cocktails. The probe launched by Ukraine's authorities to investigate the matter has not yet yielded significant progress, and has failed to convict anyone for the 2014 events.