'Feeling Insecure': Do Germans Keep Jewelry in Safes Out of Fear of Refugees?

Fear, frustration and a feeling of insecurity encourage many Germans to store their jewelry in safes, a sales representative, Wolfgang Meier, with the Hansa Tresor company in Bremen told Sputnik Germany.

© AFP 2019 / PHILIPP GUELLAND
Germany to Use Dialect Recognition Software to Verify Origins of Refugees
According to Meier, the demand for safes in Germany has significantly increased since the start of the refugee crisis.

"This is especially true for the private sector," Meier said.

The salesman noted that many customers want to buy safes due to an increased number of burglaries.

"The demand has risen sharply in the last two years. I can also say when exactly this all started: this is indeed related to the influx of foreigners. The inflow has led to a situation when many people say: I do not feel safe in my skin," he said. 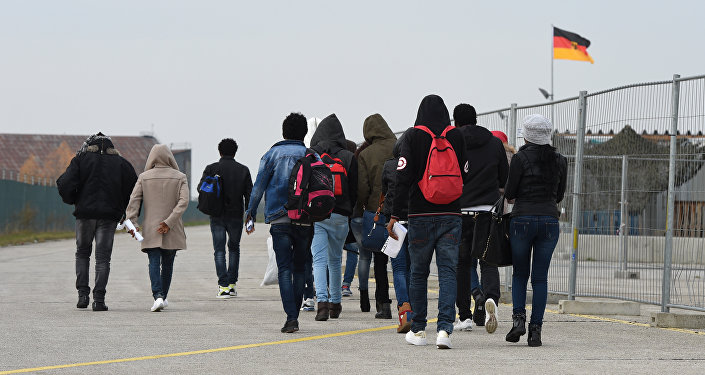 © AFP 2019 / Christof Stache
Bavaria Head Calls For Stricter Refugee Regulations in EU, Germany
Germany has been trying to cope with a heavy influx of migrants over the last couple of years. The country has accepted over 1 million refugees in 2015.

Whether customers actually buy a safe because of the increased number of refugees, remains unknown. However, Meier believes that at least last year it was the case.

"Nowadays, it is the general fear and uncertainty that urge people to consider safe purchases to protect their cash, jewelry and watches," Meier explained.

According to him, the demand for safes has recently grown by 20 to 25 percent.