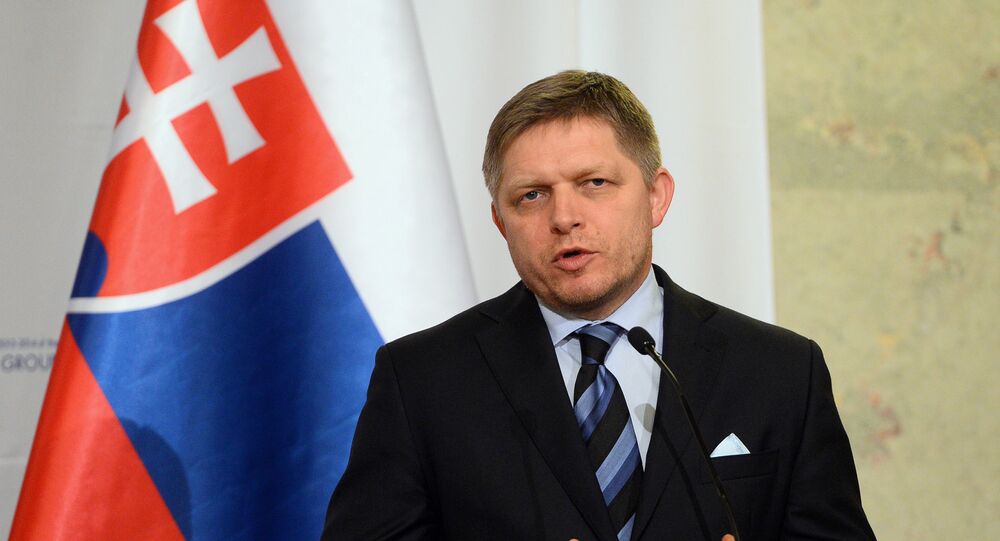 The UK-EU negotiations on Brexit should result in a victory for Brussels, Slovak Prime Minister Robert Fico said Saturday.

© AP Photo / Thibault Camus
Hollande Believes UK Snap Parliamentary Election Not to Affect EU Position on Brexit
PRAGUE (Sputnik) — The negotiations between the United Kingdom and the European Union on London's withdrawal from the bloc should result in a victory for Brussels which must seek the conditions of the divorce favorable to the EU members, Slovak Prime Minister Robert Fico said Saturday.

Earlier in the day, leaders of the EU member states unanimously adopted the guidelines for the upcoming talks between Brussels and London on the United Kingdom’s exit from the European Union, where the union pledged to prepare itself to the negative Brexit scenario in order to be able to handle the situation "if the negotiations were to fail."

After sending a formal withdrawal notification to the European Union in March, London has two years to finish the Brexit negotiations with Brussels and to leave the bloc.