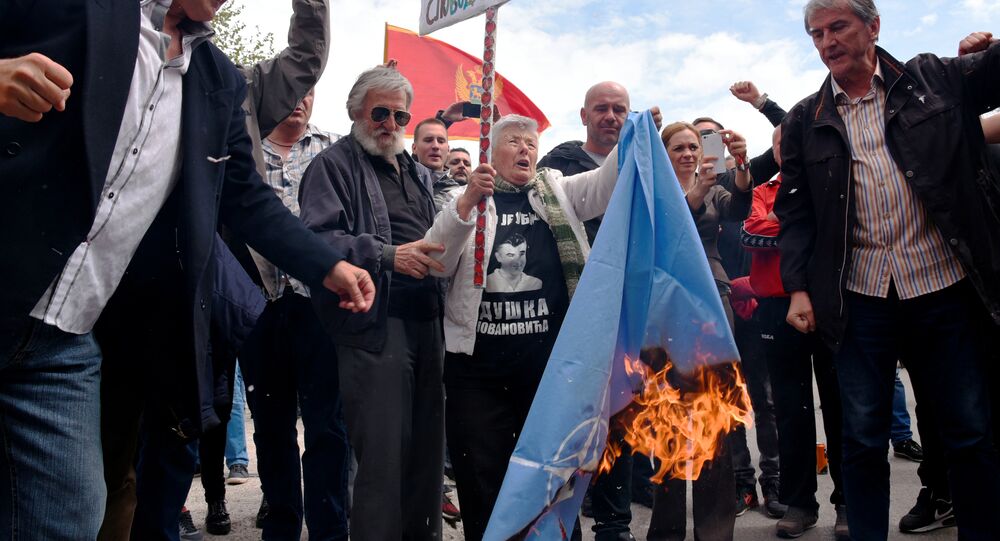 Montenegro parliament ratified on Friday the law on the country's accession to NATO - the military bloc that bombed the Balkan nation in 1999.

BELGRADE (Sputnik) — All 46 lawmakers present at the session (out of 81) voted in favor of the country becoming a member of the Alliance.

The voting took place in the absence of the country's main opposition party, the Democratic Front, standing against Montenegro's accession to the alliance. The Democratic Front held instead a protest in Cetinje, demanding the issue to be put on vote at a national referendum. The opposition also expressed intention to seek early parliamentary elections to come to power and abolish today's decision on joining the NATO.

© AP Photo / Risto Bozovic
Montenegro Opposition Protesting Against NATO Membership on Voting Day (VIDEO)
Montenegro was invited to join NATO in December 2015, within the first expansion of the alliance into Eastern Europe in six years. Podgorica accepted the invitation on December 3, 2015, triggering protests in the country. The protocol on accession was signed by alliance members in May 2016, which then needed to be ratified by all member states.

In May 2016, the alliance members signed a protocol on Montenegro's accession to be ratified by all NATO member states before becoming a full-fledged member.