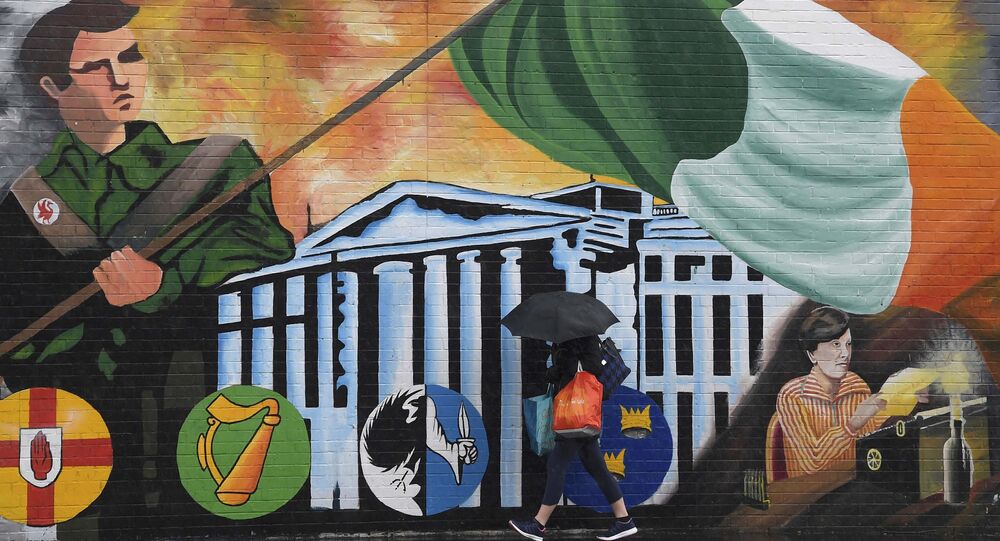 EU ministers are set to agree at a summit, April 29, to put the idea of a united Ireland on the agenda of Brexit negotiations, allowing for Northern Ireland to remain in the EU if a referendum to unite were to be carried, in a controversial move that one EU diplomat said could stall the talks completely.

The Brexit referendum — where the UK voted by 52 percent to 48 percent to leave the European Union, but in which Northern Ireland itself voted to remain — has brought the whole issue of Northern Ireland and a united Ireland back on the agenda, raising fears of a return to the violence and murders that lasted for decades.

EU ministers are expected to adopt a statement — on the suggestion of Irish Taoiseach (prime minister) Enda Kenny — that, if Irish unification were to come about, then the way was open for Northern Ireland to remain part of the EU.

​"We expect Ireland to ask on Saturday (April 28) for a statement to be added to the minutes of the European Council, which states that in case of a unification of the island in accordance with the Good Friday Agreement, the united Ireland would be a member of the EU," an EU Council source told AFP.

The intervention of the EU into the Irish question is likely to put a strain on the Brexit talks with one EU diplomat saying: "I am deeply pessimistic that there will be a positive outcome from this negotiation," putting the chances of the UK crashing out of the EU without a deal as higher than 50%," according to the Guardian newspaper.

Before discussing EU-UK future, we must first sort out our past. This is the only possible approach to Brexit talks.https://t.co/D2qIqhvBtu

​In a letter to the leaders of the 27 EU member states attending the summit, April 29, European Council President Donald Tusk said that the Northern Ireland issue would have to be settled at an early stage in the negotiations — before a new trade deal with the UK can even be started.

"In order to protect the peace and reconciliation process described by the Good Friday Agreement, we should aim to avoid a hard border between the Republic of Ireland and Northern Ireland. Only once we collectively determine in the European Council that sufficient progress has been made on all these issues, will we be in a position to hold preparatory talks on the future relationship with the UK," Tusk wrote.

The issue is even more sensitive, because the EU has made clear that, if Scotland voted for independence from the UK, it would have to reapply for membership as a new entrant.

Under the Good Friday Agreement of 1988, the governments of the UK and Ireland agreed to: "recognize the legitimacy of whatever choice is freely exercised by a majority of the people of Northern Ireland with regard to its status, whether they prefer to continue to support the Union with Great Britain or a sovereign united Ireland.

"…[and to] recognize that it is for the people of the island of Ireland alone, by agreement between the two parts respectively and without external impediment, to exercise their right of self-determination on the basis of consent, freely and concurrently given, North and South, to bring about a united Ireland, if that is their wish, accepting that this right must be achieved and exercised with and subject to the agreement and consent of a majority of the people of Northern Ireland."