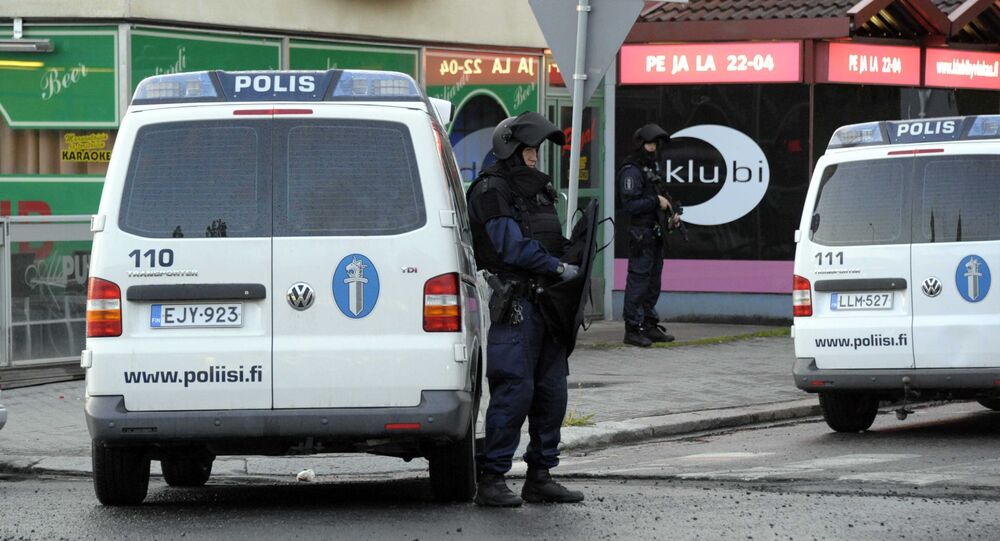 Finns Dread Terrorist Attacks, Yet Trust Their Government to Prevent Them

The truck attack in Stockholm, which killed four and injured 15, has left a deep impact on the Nordic nations. In the aftermath of the deadly attack in the neighboring state, Finns have started to fear that a similar incident could happen in their own country, polls suggest. However, their faith in their government remains high.

Suomi Sounds the Alarm Over 'Lone Wolf' Islamists, Returning Jihadis
Over half of Finns (54 percent) believe that a terrorist attack is likely to happen in Finland within a year, a recent survey conducted by the pollster Taloustutkimus on behalf of the Finnish national broadcaster Yle suggested. At the same time, only 44 percent of the respondents believed a terrorist attack in Finland is unlikely. Furthermore, one fifth of Finns changed their plans because of the recent wave of terrorism that swept Europe.

Already the previous survey, conducted immediately after the deadly vehicular attack in Stockholm, indicated that Finns were becoming increasingly wary of random acts of violence and terrorism. Before the deadly truck attack, Finns were most afraid on an increase in the number of poor and disadvantaged people in Finnish society, Yle reported.

However, despite the fact that the recent spate of terrorist attacks alarmed Finns, most citizens continue to trust the authorities and the Finnish government. A total of 56 percent of Finns believe that the authorities are well prepared to prevent a possible attack.

"There have recently been attacks in Finland's vicinity, in both St. Petersburg and Stockholm. In reality, the situation in Finland is a bit different than in those countries and cities. Indeed the risk is possible and it has recently increased, considering how many people there are being watched [by security officials]," terror researcher Hussein Al-Taee of the Helsinki-based Crisis Management Initiative (CMI) told Yle, adding that Finland was "much better prepared" than other countries.

© AFP 2021 / PER WISSING
Finnish Security Police Director Reveals Finnish Jihadists 'Reach High Positions in Daesh'
Additionally, exactly half of the respondents said that it is necessary to focus on the active integration of newcomers to Finnish society and fighting marginalization in order to prevent terrorist attacks. At the same time, 40 percent of Finns argued that the Finnish state should tighten punishment for crimes and pursue a stricter immigration policy. Incidentally, this opinion is shared by 90 percent of those who support the nationalist Finns Party.

Earlier in April, radical Islamic networks were reported to have gained an increasingly strong presence in Finland. Jyri Rantala, the head of communications at the Finnish Security Intelligence Service (SUPO) told the Finnish newspaper Talouselämä about a "nascent jihadist underworld" in Finland with ties to all key terrorist organizations. According to SUPO's threat assessment, the risk of an individual attack carried out by a lone-wolf terrorist or a lesser jihadist organization has increased. The so-called "foreign fighter" phenomenon was named as one of the reasons.

In the aftermath of the Stockholm attack, SUPO requested broader surveillance powers to aid the fight against terrorism, such as intercepting information online and abroad.