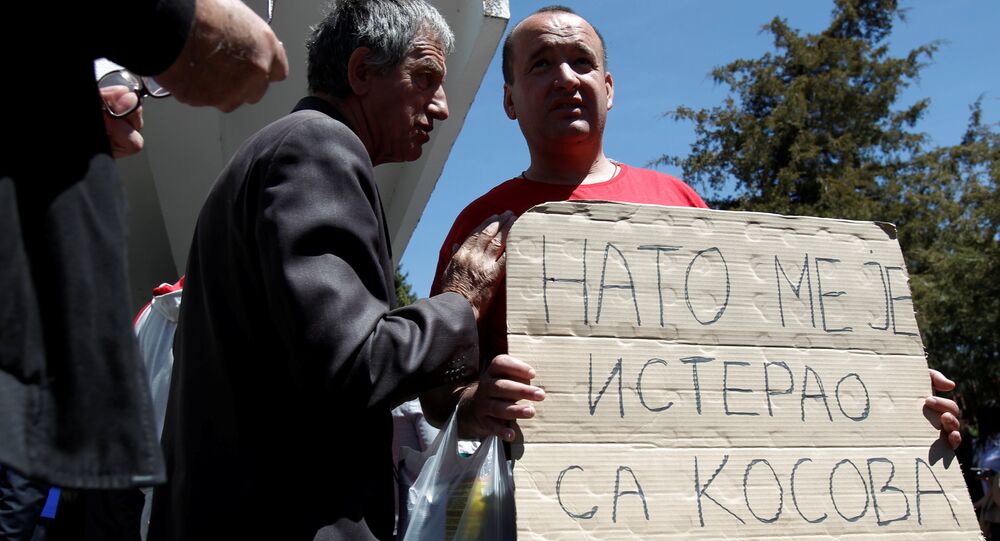 Escape Plan: How Montenegro Can Still Ditch NATO, Which Bombed It in 1999

On Friday, Montenegro's parliament is set to ratify the country's entry to NATO. The opposition, however, vowed to freeze the country's membership in the alliance if it wins the next parliamentary elections. Serbian political scientist Alexander Pavic told Sputnik why, if approved, the decision still remains temporary and unstable.

Pexels
Why the Russophobia Campaign in Montenegro is Doomed to Boomerang
Montenegro's parliament is getting ready for Friday's vote on the ratification of the country's agreement with NATO on its accession to the block. The voting is set to take place in the city of Cetinje, the Old Royal Capital of Montenegro.

The opposition Democratic Front (DF) have announced its protests and appealed to the rest of the opposition to join them on the day of the parliamentary vote.

Two days before the vote, on Wednesday, opposition lawmakers held an "alternative" assembly session in the northern village of Murino, where they pledged that if they win the 2021 election they will organize a referendum on Montenegro's status in NATO.

The village of Murino was the site of the NATO air strikes on Montenegro on April 30, 1999. The alliance's air strike on a bridge killed six civilians, including three children.

Sputnik Serbia sat down with Serbian political scientist Alexander Pavic, who explained why, if approved, the decision still remains temporary and unstable.

The decision, he said, is going to be made against the will of the majority of the county's population. More than half of Montenegro's citizens do no favor joining NATO, according to polls organized by the opposition.

© REUTERS / Stevo Vasiljevic
Almost 55% of Montenegrins Against Country's Accession to NATO
Democratic Front leader Milan Knezevic earlier said that at their request, pollsters carried out an unbiased and unprejudiced opinion poll. When asked whether Montenegro should become a member of NATO, 45.3 percent said yes and 54.7 percent said no.

Additionally, nearly 58 percent of the polled Montenegrins wanted a public vote to decide whether Podgorica should join the military bloc.

However, the parliament has ignored the voices of ordinary citizens, instead deciding to make the important decision in parliament.

"Even if the Montenegrin parliament votes for NATO accession, it will remain a temporary and unstable decision. We've already heard from the opposition that the next political force in power will have the right to revoke it through the parliament," Pavic told Sputnik.

In a separate comment on the issue, Montenegrin political journalist Matija Nikolic told Sputnik that for the last twenty five years, the ruling regime has been making decisions in an undemocratic way, including the one on the recognition of Kosovo, against the will of 80 percent of the country's population.

Hence, he reasons that the decision on NATO accession will also be illegitimate.

© REUTERS / Ints Kalnins
Montenegro's Government Hinders NATO Referendum - Lawmaker
The journalist, however, noted that the country's opposition remains divided over the protests against the country's entry to NATO, but it is united in its firmness that this should not happen under any scenario.

Alexander Pavic also agrees that the opposition split presents a certain problem. However, he noted, with all its information, financial, intelligence and police sources at hand, it was the ruling regime which had split the opposition.

This phenomenon, he says, may be observed in all authoritarian societies and countries with neo-colonial regimes, where the authorities pursue the goal of weakening the opposition.

However, he says, this is the only opposition in the country and there would be no new one formed before the Friday vote. He hopes that not all the bridges have been burnt and the opposition has every chance to unite and fight against the illegitimate decision.