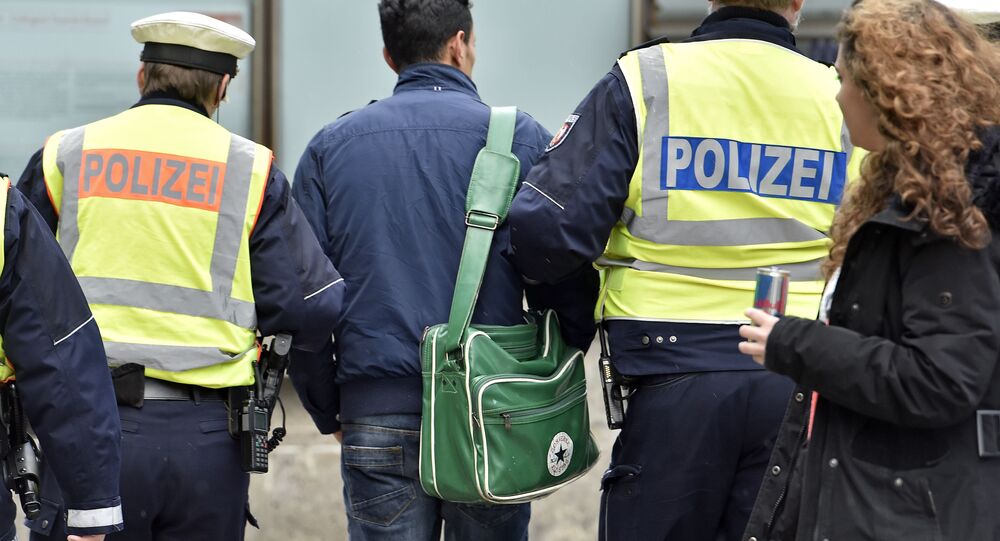 Migrants in Germany committed more than twice as many crimes in 2016 as they did the previous year, according to recently-released police statistics.

© AP Photo / Jon Gambrell
German Weapons Giant Plans to Arm Ankara With New Turkish Panzer Factory
On Monday, the German Interior Ministry released police crime statistics for 2016. They show that 6.33 million offenses were committed last year; this 0.7 percent decrease in comparison with the previous year reflected a decline in robbery, theft and fraud. However, there was a marked increase in violent crime.

According to the statistics, illegal immigrants, refugees and asylum applicants were suspected to be responsible for 174,438 crimes, an increase of 52.7 percent in comparison with the previous year.

"This is nothing to gloss over," the minister said. "Those who commit serious crimes have forfeited their right to residency."

He told journalists that "really vulnerable" refugees such as Syrians have committed less crime than the average, while illegal migrants from North Africa and Eastern Europe are responsible for a greater proportion. Most often, the perpetrators were young men, a group overrepresented among migrants and asylum seekers.

© REUTERS / David W Cerny
Russia to Blame, Again? Why Eastern Europe Vehemently Opposes EU Migrant Policy
Christian Pfeiffer, a criminologist and former Justice Minister in the state of Lower Saxony, told Sputnik Deutschland that the statistics can be explained in large part by the demographics of recent migration to Germany.

"With regard to North Africans, 61 percent are young men," which explains the rise in violent crime including rape and murder.

"With this kind of (demographic) composition, you can't expect anything else," Pfeiffer explained.

These migrants in Germany are "isolated young men" without their families, who otherwise might be able to exert some control over them.

While war refugees from Iraq, Syria and Afghanistan are able to claim asylum in Germany, economic migrants from countries in North Africa or Eastern Europe that are not at war are being told to return home.

These migrants are being told, "You are the wrong ones, we really didn't want you, we're sorry you misunderstood the open borders. You can't stay in Germany, you have to go back."

After a long and dangerous journey to Germany, many of these illegal immigrants are angry and frustrated that they can't stay there.

They commit an "extremely high proportion of violent crime," and are responsible for offenses such as the New Year's Eve sex attacks in Cologne, Pfeiffer said.

© AFP 2021 / DPA / DANIEL BOCKWOLDT
Germany Considers Closing Border With Switzerland After Migrant Crossings Soar
The criminologist added that Germans, along with citizens of other countries, are more likely to report crimes committed by migrants than by their compatriots.

"In every country in the world, (crimes by) foreigners are more often reported than those of local people," he added.

If the perpetrator and victim are of the same nationality and speak the same language, they might be able to resolve a fight or issue of criminal damage without involving the police.

"But if it's a Syrian who doesn't speak a word of German, then of course the Bavarian will report him or he won't get any damages," Pfeiffer explained.

According to a study of 20,000 migrants in Germany by the Criminological Research Institute of Lower Saxony, the same principle can be seen among the migrants themselves.