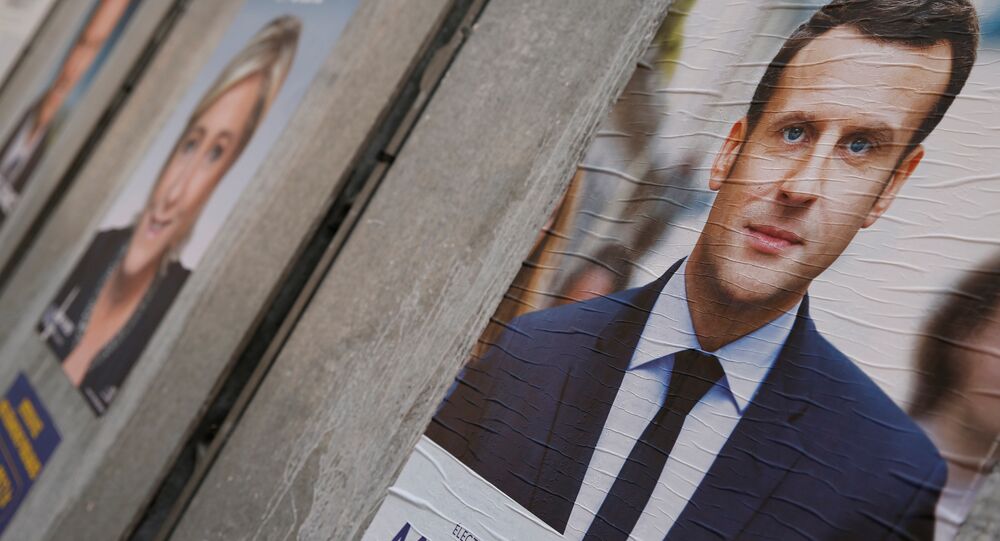 Independent presidential candidate Emmanuel Macron improved his lead over far-right Marine Le Pen by 1 percent since Monday and is expected to win the second round of the election with 61 percent against her 39, a fresh Ifop poll showed Tuesday.

MOSCOW (Sputnik) – According to the survey's results, 91 percent of those who said they would back Macron were sure of their choice, while only 84 percent of Le Pen's supporters were certain to vote for her.

The poll additionally showed that 73 percent of the respondents intended to cast a ballot, down from 74 percent.

On Sunday, Macron and Le Pen emerged as the two top contenders in the first round of the election, set to face each other in the run-off on May 7. According to the French Interior Ministry, Macron won with a slight advantage in the first round, having received 24.01 percent of the votes, while Le Pen got 21.30 percent.