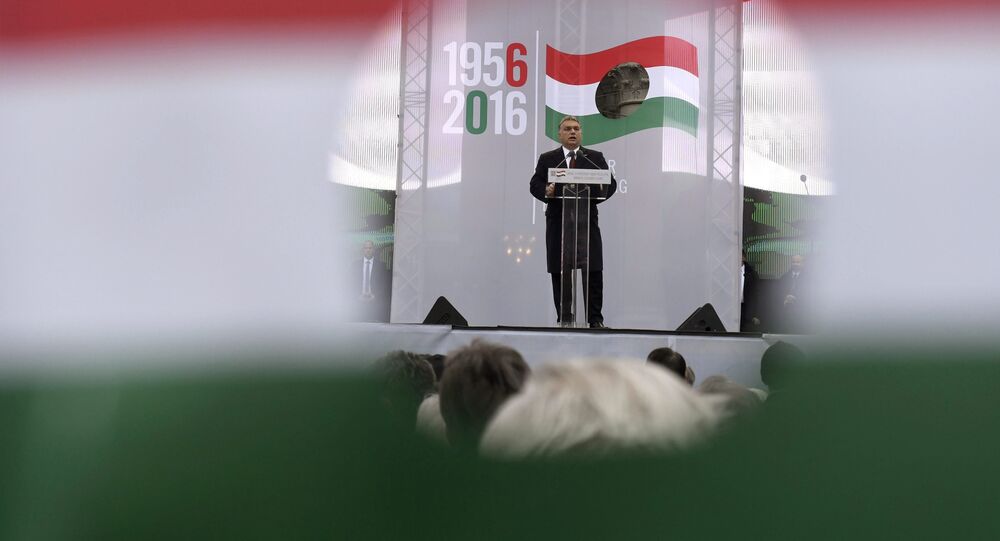 A consortium of European networks of civil society organizations has launched a campaign against the decision by the Hungarian government to crack down on foreign-funded non-governmental organizations (NGOs).

The legislative proposal that was tabled in the Hungarian parliament on April 7 would force NGOs receiving more than US$25,000 per year from outside Hungary to register as "civic organizations receiving foreign funds."

The Conference of INGOs calls on Hungary not to adopt draft Act (Bill T/14967) undermining freedom of association https://t.co/RvDo0myDkV

​Campaign group Civil Society Europe says this would "effectively stigmatize any organization that receives such funding" and is "part of a wider governmental effort aimed at undermining the credibility of civil society in Hungary."

Hungary has defended its actions, saying that transparency is the key driver behind the draft legislation and that foreign-backed NGOs critical of the Hungarian government must reveal the sources of their income.

"The current legislation regulating civil society organizations already provides sufficient mechanisms for guaranteeing that these organisations conduct their work in a transparent, lawful and accountable manner," said Civil Society Europe in a statement.

"If accepted in its current form, the new bill tabled by the government would be unprecedented in a European Union member state. It would also severely constrain the space of action of independent civil society organizations at a time when other checks and balances have been significantly weakened in Hungary," it said.

​Meanwhile, MEPs in the European Parliament are set to discuss action being taken by the Hungarian government which they say will prevent the Central European University (CEU) — funded by billionaire George Soros, who has been critical of the Budapest government — from operating in the country.

"Thinly disguised as an attempt to protect Hungarian interests, this law would have the opposite effect, discrediting and intimidating NGOs and undermining their capacity to protect human rights and provide valuable services to Hungarian people," said John Dalhuisen, Amnesty International's Director for Europe.