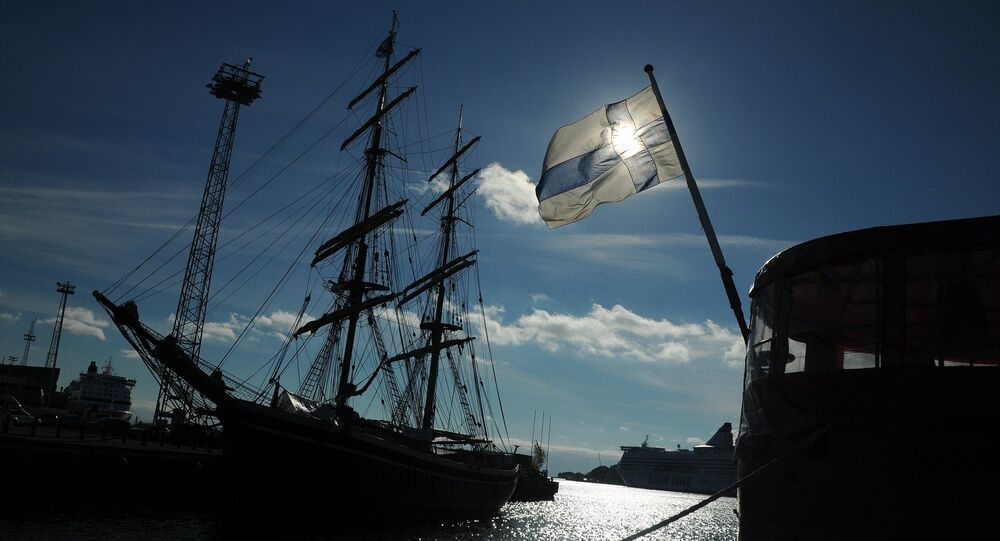 Can We Fixit? Finns Party Hopes to Lure Fleeing Voters With Eurozone Withdrawal

Finnish MP Sampo Terho has kicked off his campaign to become the Finnish nationalist party's leader by advocating a return to the national currency. According to EU-skeptic Terho, Finland is likely to leave the euro behind within the coming decades.

© CC0
Finns Party Pushes for Brexit-Style Referendum, Gets Lambasted by the Press
The Finns Party, which remains Finland's only EU-critical and euro-skeptic party, is currently facing a power vacuum, as the party's perennial leader Timo Soini, who led the Finns from obscurity to being one of the Nordic nation's most formidable political forces, pledged to step down from his post earlier this year.

Sampo Terho, who is deemed to be Soini's most likely successor, officially announced his candidacy and started his run for leadership by stating that Finland's membership in the Eurozone caused its exports to be less competitive. According to Terho, the most efficient remedy to this problem was to ditch the euro in order to return to the national currency, the markka, Finnish national broadcaster Yle reported.

The Finns Party argued that Finland, like its neighbor Sweden, should be able to independently devalue its currency to boost exports. Terho also said that the Finns members need to decide on their position regarding a possible referendum on whether or not Finland should continue its membership in the EU.

This idea is not entirely unfamiliar for the Finns Party. In the aftermath of Brexit, a petition for a UK-style popular vote was launched by the Finns Party's youth wing leader Sebastian Tynkkynen, yet failed to gather the number of votes necessary to be taken up in parliament. Remarkably, though, the Finns' outgoing leader and Finland's incumbent Foreign Minister Timo Soini, who is known for running for presidency with a slogan "Where there is EU, there is a problem," made it clear that no Fixit vote would be held under the current government.

© AP Photo / Lehtikuva/Heikki Saukkomaa
EU-NATO Axis Now Using Mass Migration to Mug Finland of Its Neutrality
A 2016 survey carried out by national Finnish broadcaster Yle disclosed, however, that a clear majority of the Finns Party would like to see a referendum on Finland's EU membership and participation in the single European currency.

Needless to say, the Finns Party came under fire for their criticism of the EU. Finnish veteran politician and vice chairman of the parliamentary Foreign Affairs Committee Pertti Salolainen questioned the Finns' presence parliament after their EU gambit.

"We are talking about Foreign Minister's government party. It is unacceptable that they should weaken Finland's foreign policy position in this way," a critical Pertti Salolainen said, as quoted by the Finnish daily Hufvudstadsbladet.

So far, however, Terho remains the tipped winner in the race for the Finns' chairmanship. A recent poll by the Finish broadcaster MTV found that 60 percent of party activists supported Terho, as opposed to only 22 percent for his closest competitor, MEP Jussi Halla-aho. Terho is known to take more moderate positions than Halla-aho, who bluntly pledged to take Finland out of the Eurozone and the EU. The fate of the Finns' leadership will be decided in June.

© Flickr / John Carkeet
'Fixit' Nears? Rebel Finnish Heavyweight About to Start Own Anti-EU Party
Meanwhile, the Finns Party is facing a tough battle in reclaiming the prominence to which it had risen in recent years. During municipal elections earlier in April, the Finns dropped to only 8.8 percent, compared to a solid 17.7 percent in 2015.

The Finns Party, previously known as the True Finns, rose from obscurity in the late 2000s. It has since softened its harsh anti-EU rhetoric, which helped the party enter government, yet also scared away its most hardline voters. Former Finns leader Soini did not dodge responsibility for such an outcome and suggested that his party may have come to an end of its winning streak.