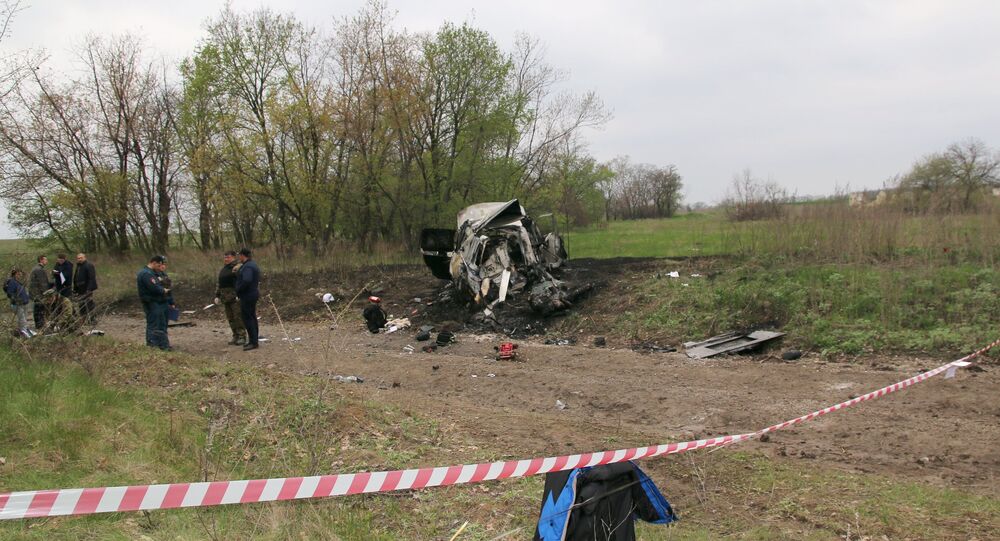 The OSCE secretary general said the organization has been already investigating the deadly blast of a SMM car in Donbass.

MOSCOW (Sputnik) — The Organization for Security and Co-operation in Europe (OSCE) is already in the process of probing a deadly explosion in Ukraine's Lugansk region, Secretary General Lamberto Zannier said Tuesday.

"In the context of our cooperation in Ukraine, I again assure you that we've already started acting on investigation [of OSCE Special Monitoring Mission car detonations]," Zannier said during a meeting with Russian Foreign Minister Sergei Lavrov in Moscow.

On Sunday, law enforcement officials of the Lugansk People's Republic (LPR) said the explosion hit the observers' car near the Pryshyb settlement in the Lugansk region and, as a result, one SMM member was killed. Later in the day, OSCE Principal Deputy Chief Monitor Alexander Hug confirmed the explosion, adding that the blast killed a US citizen and injured two more people from Germany and the Czech Republic.

© Sputnik / Lugansk People's Republic people's militia
Lavrov: Russia Insists on 'Prompt, Transparent' OSCE Car Blast Probe in Donbass
The Donbass conflict erupted in April 2014 as a local counter-reaction to the West-sponsored Maidan coup in Kiev that had toppled President Viktor Yanukovych in February. Residents of the Donetsk and Lugansk regions held independence referendums and proclaimed the People's Republics of Donetsk and Lugansk. Kiev has since been conducting a military operation, encountering stiff local resistance.