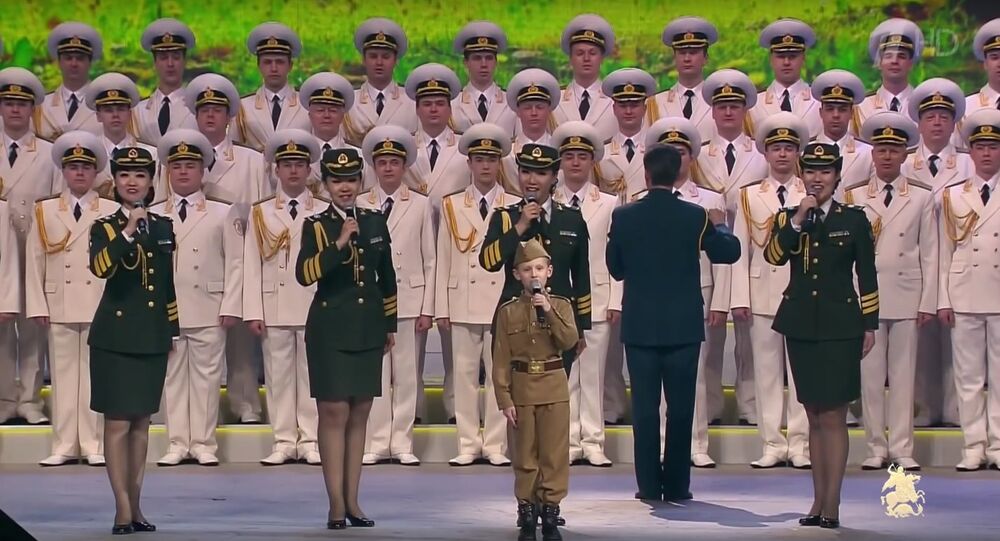 © Sputnik / Iliya Pitalev
Russia's Renowned Alexandrov Ensemble Gives First Concert Abroad After Plane Crash
The activists described the ensemble, also known as the Russian Army Choir, as an instrument of propaganda and a vivid example of using music as an ideological weapon.

They accuse the  musicians of glorifying the Russian Army, praising Moscow’s foreign policy and of just about everything else, including the 1968 invasion of Czechoslovakia.

“I hate to advertise this request and will say only that, after the tragic loss of the ensemble’s leading singers, demanding no entry visas for the rest is absolutely un-Christian behavior,” singer Jiri Klapka, who traditionally hosts the ensemble’s concerts in the Czech Republic, said in an interview with Sputnik Czech.

He added that some obscure organizations, whose names can hardly be found on the internet, are trying to capitalize on the situation.

“It’s my firm conviction that one should not mix art and politics. The majority of Czechs think the same, that’s why all the concerts the ensemble is going to give here have been sold out. I’m sure that this letter by some unknown civil activists will be ignored and the performances will happen as planned.”

The Alexandrov Ensemble will open their tour of the Czech Republic with a concert in Zlin scheduled for May 10.  They will also perform in Ostrava, Brno, Prague, Hradec Kralove, Gradce Kralow and Ceske Budejovice. They will team up onstage with the French electro-swing outfit Gypsy Forever, a  spinoff of the famous Gypsy Kings band.

When asked whether the new lineup of the Alexandrov Ensemble, which lost almost its entire lineup in last year’s Black Sea plane crash, will be able to preserve its signature style, Jiri Klapka noted that he had earlier met with the ensemble’s second artistic director Mikhail Marushevsky, the acclaimed “Mr. Kalinka” singer Vladimir Ananyev, virtuoso balalaika and accordion players and two new singers: a bass and a baritone.

© AP Photo / Pavel Golovkin
Over 300 People Attend Benefit Concert in Memory of Alexandrov Ensemble in Washington
“They are admirable guys and wonderful singers, all under 30. I’m sure that the new members of the Alexandrov Ensemble are worthy successors to their 64 colleagues, who perished in that tragic plane crash over the Black Sea,” Klapka said.

On December 25, 2016 the Russian Defense Ministry's Tu-154 plane en route from Moscow to Syria to perform a holiday show for Russian servicemen assisting in the fight against terrorism, crashed shortly after refueling and take-off from the Russian southern city of Adler, near Sochi.

Among the 92 people onboard were nine reporters, head of the Spravedlivaya Pomoshch (Fair Aid) charity Elizaveta Glinka, and two federal civil servants. There were no survivors.