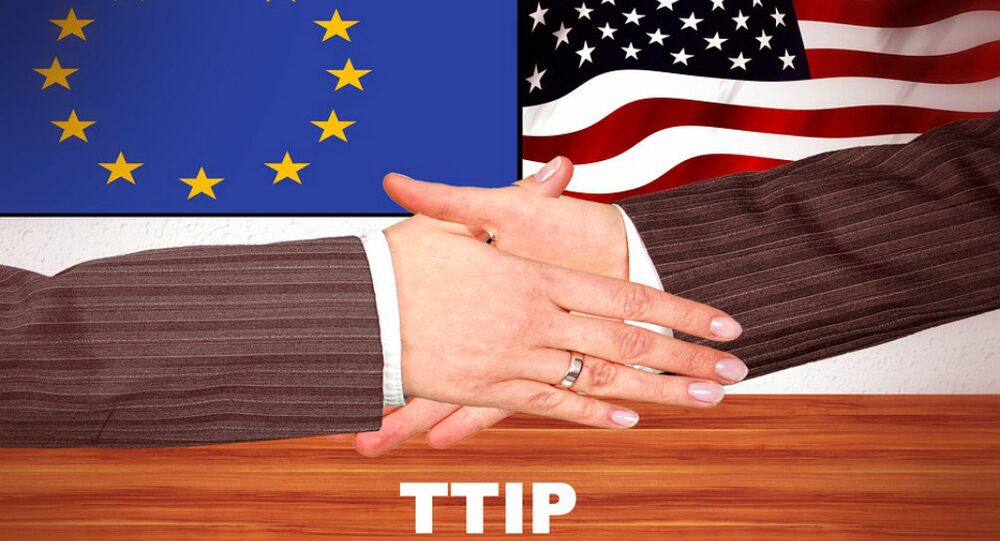 EU trade commissioner Cecilia Malmstrom is in Washington, April 24, to discuss with US trade officials how to proceed with talks over the Transatlantic Trade and Investment Partnership (TTIP) which US President Donald Trump said was all but off in the run-up to his election.

Trump made clear that he was not in favor of multilateral trade deals, such as TTIP and the Trans Pacific Partnership (TPP) because he believed they worked against his principle of "America First."

​The Trans-Pacific Partnership is another disaster done and pushed by special interests who want to rape our country — just a continuing rape of our country. It's a harsh word, but it's true," he said in a speech, "Declaring American Economic Independence."

"The TPP would be the death blow for American manufacturing. It would give up all of our economic leverage to an international commission that would put the interests of foreign countries above our own."

Trump was elected on a promise that he would pursue a protectionist policy of putting "America First" and said he would scrap or renegotiate TTIP, in the same way he vowed to look at the North American Free Trade Agreement (NAFTA), with the US, Mexico and Canada.

Days after coming into power, Trump used his executive powers to withdraw from the TPP deal, leaving TTIP all but dead in the water.

However, in a speech in Canada, March 2017, Malmstrom said that TTIP was only in "deep freeze" pending a new approach from the US.

​The US Speaker of the United States House of Representatives, Paul Ryan, April 19, told delegates at the think tank Policy Exchange in London, England, that the US would begin steps in taking forward the TTIP talks.

"The United States will continue to work closely with our EU friends, and chart a path forward on TTIP negotiations," Ryan said.

The London-based Times newspaper reported, April 22, that Trump has softened his opposition to negotiating with the EU after attempts by his officials to open talks with individual European nations were rebuffed.

During a private conversation, March, German Chancellor Angela Merkel, told Trump that talks on a US-EU deal would be simpler than he thought. This led to a "realization" in the Trump administration that a trade deal with the EU was more important to US interests than a post-Brexit deal.