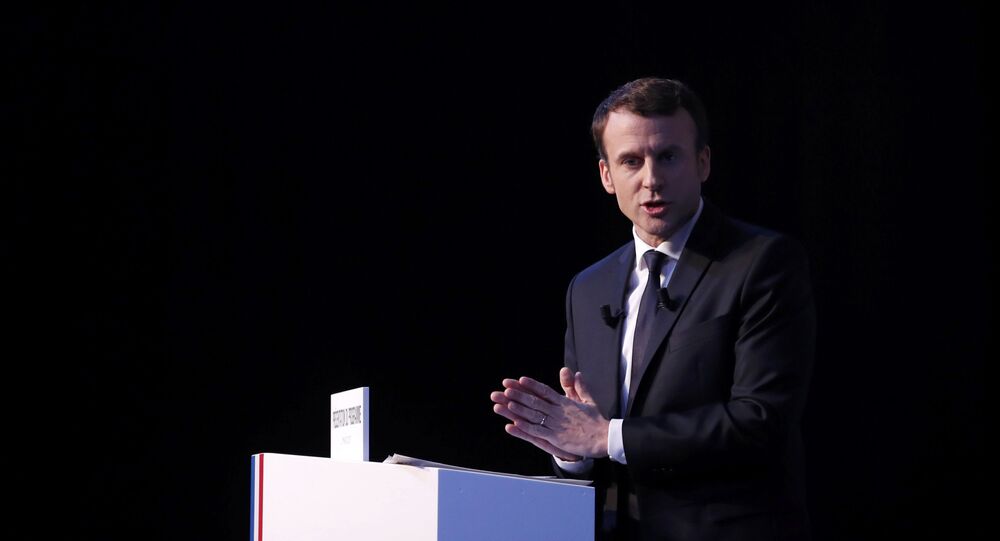 Nicolas Dhuicq, who is a member of France's The Republicans party, told Sputnik on Sunday about his hope that the country's right-wing political forces in the parliament would be able to unite against the economic policy of presidential candidate Emmanuel Macron in case of his victory.

© AP Photo / Francois Mori
Fillon's Office May Balance Macron's Policy on Russia Through Legislative Vote
PARIS (Sputnik) — On Sunday, the French people participated in the first round of the presidential election. According to the country's Interior Ministry, Macron is leading with 23.86 percent after 97.47 percent of the ballots have been processed. At the same time time The Republicans' presidential hopeful Francois Fillon was backed by less than 20 percent of the voters is only the third after far-right Marine Le Pen.

"The main battle will unfold for the lawmakers' elections [in June]. I believe that now chances are high that Macron will be elected and I hope that France will have a different majority of lawmakers, so we can fight and contradict Macron's destructive ideas concerning the French economics," a member of France's The Republicans party Nicolas Dhuicq said.

He noted that deeply saddened by Fillon's defeat adding that he had no intention to vote for Macron in the runoff.

"Macron's ideas are dangerous for what fee call 'free professions,' such as teachers and doctors. Besides, his tax policy will destroy the upper-middle class in France and will transform France into the country of two classes — proletariat and very wealthy upper class. I won't vote for such candidate and I disagree with the people from my own political party, who called to vote for him," Dhuicq said.

He added that at the same time he would barely support Marine Le Pen, Macron's rival in the second round of the election, due to the "unrealistic" nature of her party's economic program.

In the course of his presidential campaign, Macron made a number of statements related to the economic policy, such as ensuring high employment rates, maintaining the retirement age and increasing the minimal pensions, as well as investments worth dozens of billions of euros focusing on innovations, environment protection and development and support of agricultural producers among other issues.