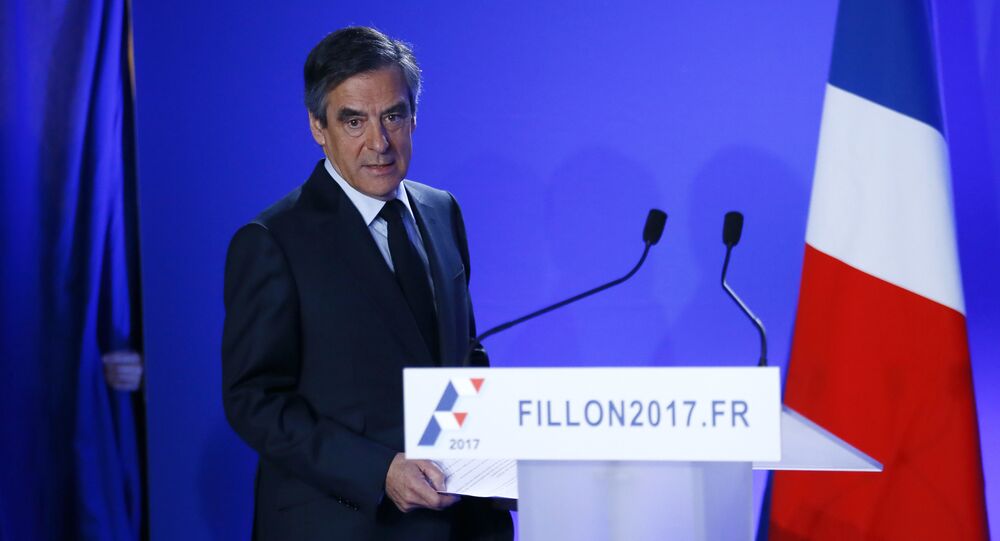 Deputy mayor of Bordeaux said that supporters of the French presidential candidate Francois Fillon will try to balance Emmanuel Macron's policy on Russia through legislative vote if he becomes the country's new president.

"It is not clear what Macron's policy will be in regard to Russia. He won the battle but without expressing clearly what will be his policies, including towards Russia. For Fillon it was clear but for Macron — it is much more uncertain. It will all depend on the legislative vote in France in June. We will try to balance it," Calmels said commenting on the preliminary first results of the first round of the French presidential election.

She underlined, that in the run-off on May 7 she will vote for independent candidate Macron.

According to Calmels, the main goal for The Republicans party after the presidential election is to succeed in the upcoming legislative elections and to form a strong opposition in the parliament.

"We have a battle between Macron and Le Pen and we should not hesitate because Le Pen is a huge disaster of France. We will vote for Emanuel Macron but we don't want Macron to go on with Hollande's policy. We will try during the legislative elections in June to end up with more deputies in the parliament to form a strong group to be able to provide the country with the best possible program," she said.

On Sunday, the first round of the presidential election took place in France with Macron and Far-right National Front (FN) party leader Marine Le Pen looking set to make it to the second round of election, according to preliminary results of the voting. Fillon is expected to leave the race.

Le Pen, Fillon Likely to Advance to 2nd Round of French Presidential Election