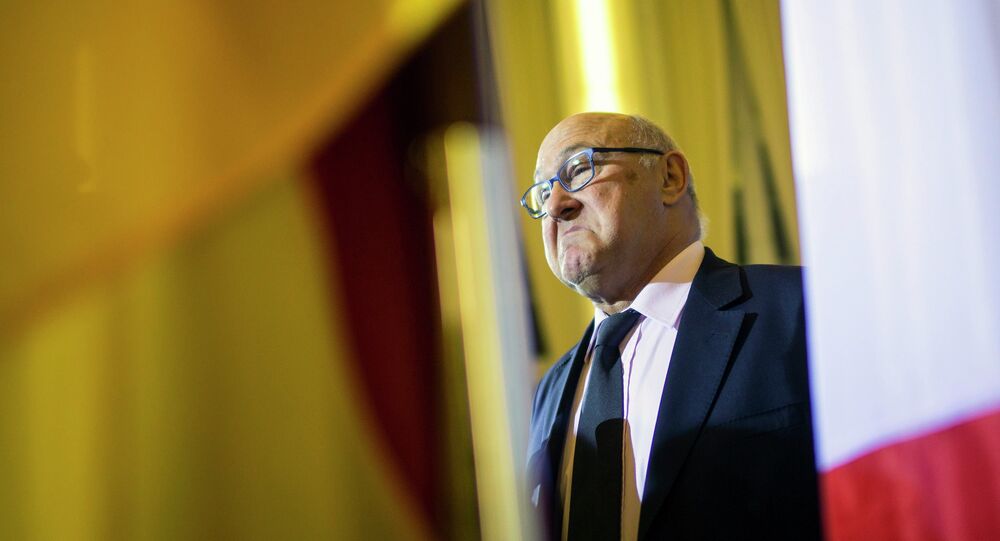 Possible Frexit is not likely to happen due to country’s parliament will not approve the transition, French Finance Minister Michel Sapin said.

© AFP 2021 / GEORGES GOBET
EU Commission Sees No Reasons to Prepare for Possible Frexit – Spokeswoman
MOSCOW (Sputnik) — France’s possible exit from the European Union, known as Frexit, most likely will not happen as the French citizens are not enthusiastic about the idea and the country’s parliament will not approve the transition, French Finance Minister Michel Sapin said.

On Sunday, polling stations opened across France at 8 a.m. local time (06:00 GMT) for the first round of the presidential election. The first results are expected at around 8 p.m. local time later on Sunday, when the polls close.

"In life everything is possible, even the most stupid things … But if there is one thing the French are attached to, it is the euro. I do not understand why some have tried to make this into a hobbyhorse," Sapin told the Wall Street Journal, referring to the country's exit from the bloc.

As most of the prominent presidential candidates in the election are not attached to any of the French leading political parties, the future president may struggle to receive approval for conducting the referendum on country’s exit from the bloc, the minister underlined.

"Even if the worst happens — the election of an extreme candidate of the right or left —it will not change the reality of the exercise of power … I really do not see how the extreme [candidates] could have a majority in parliament. It is absolutely not possible," Sapin said.

© Photo : Pixabay
How Frexit and Itexit Could Help Indebted Nations Pay Creditors Off
According to the newspaper, the French finance minister noted that the country’s government has undertaken measures to protect the financial markets from any fallouts of the presidential vote on Sunday.

About 47 million voters are expected to cast ballots on Sunday, choosing among 11 presidential candidates.

Marine Le Pen, a far-right candidate in the French presidential elections, intends to hold a referendum on leaving the European Union, if elected, in the first half of 2018 after negotiations with other EU states.

The second round of the French presidential elections will be held on May 7.

Failure of EU Project: 'The Sooner France Gets Out - the Better'

France Unlikely to Turn Back on EU Despite Presidential Candidates’ Skepticism