France's The Republicans' party nominee Francois Fillon announced his presidential pledges in order to get back to France its' leading position among the countries from the European continent.

MOSCOW (Sputnik) — France's The Republicans' party nominee Francois Fillon, who is set to finish either third or fourth in the first round of election, announced vast presidential pledges, aimed at the country's "national recovery."

"The state of emergency is everywhere — in economy, social sphere, financial sector, ecology, European [cooperation], as well as military sphere in front of the Islamic totalitarianism. there is no time for half-measures any more. My project is powerful and conquering: the one aimed at national recovery. It is realistic and sincere, and it does not succumb to the demagoguery and illusions," Fillon says in his policy project. 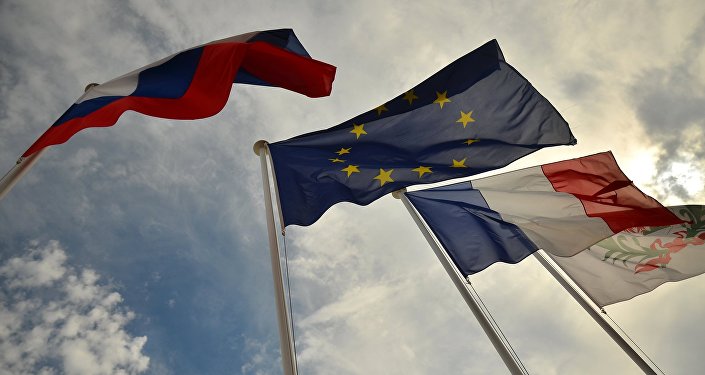 
Fillon intends to put an issue of cutting the number of parliamentarians to the referendum vote.

He also vows to increase transparency in the lawmakers' work, in particular, by providing information on the relationship that exists between the parliamentarians and other staff.

Fillon stands for protection of the rights of women and children, especially when they become victims of violence.

Apart from that, he calls for gender equality when it comes to employment, as well as for ensuring the right of the disabled people to work.

The presidential hopeful says he would not revoke a 2013 law, allowing same-sex marriages but will limit gay couples' adoption rights.

Fillon stresses the importance of stepping up security measures by modernizing the armaments and increasing the number of security forces in France. In particular, he suggests hiring additional 10,000 police and gendarme officers. At the same time, the presidential hopeful seeks to increase attractiveness of military service and urge companies to prioritize hiring of former servicemen. 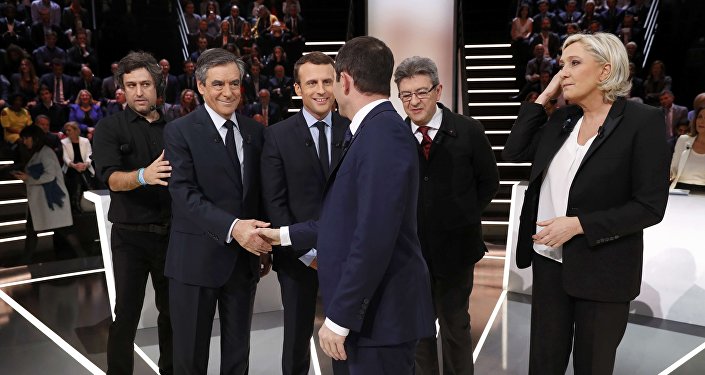 © REUTERS / Patrick Kovarik/Pool
Macron, Le Pen Running Neck-And-Neck in 1st Round of French Presidential Elections
The Republicans' nominee also vows to set 16,000 additional places in prisons and separate first-time offenders, including minors, from other inmates. The early parole would be possible only after serving three-quarters of the sentence.

He also suggests a stricter approach to drug-related crimes, in particular, Fillon intends to evict drug-traffickers from their houses.

Fight against extremism is one the key points of Fillon's policy. He intends to strip all French nationals fighting abroad for jihadist groups of the French citizenship, as well as to ban them from returning to France.

The presidential hopeful also believes that the cooperation at the European level should be reinforced in order to combat terrorism and extremism, in particular, at the level of Europol and Eurojust. Fillon points out that especially close cooperation on security issues should be maintained with the United Kingdom and Germany. He also seeks to increase France's defense budget to 2 percent of GDP.

According to Fillon, the Schengen code should also be reviewed in the way allowing to set security guards posts in the extremely vulnerable zones, especially in those, often used by illegal migrants.

As regards French overseas departments, Fillon considers it necessary to increase military presence and surveillance near the French-administrated territories.

© AFP 2019 / Joel Saget
Le Pen Boosts Victory Chances in 1st Round of French Presidential Elections
The mass refugee influx to the EU states has a direct impact on their security, therefore, Europe needs an external frontier police force, according to Fillon.

He also intends to write down an annual quota for intake of immigrants in the constitution and put it under control of Parliament.

Regarding the asylum seekers, they will have to apply for asylum in 15 days after arrival, while the applications should be considered in no longer than four months.

Fillon plans to cut migrants access to medical assistance to emergency cases only and to when it comes to health problems of the minors.

Fillon intends to cut taxes and welfare charges by 50 billion euros ($53 billion) starting from the fourth quarter of 2017. He also plans to to abolish the ISF wealth tax, cut the corporate profit tax rate to 25 percent from current 33.3 percent, raising at the same time value added tax rates by two percentage points.

The Republicans' candidate suggests restoring a 39-hours working week instead of current 35-hours week. As regards unemployment, Fillon calls for promoting professional training, giving each job seeker an opportunity to build a career instead of staying inactive, he also suggest reforming the rules of the unemployment insurance system. For instance, the unemployment benefits will be capped at 75 percent of wages at the moment of job termination, followed by gradual decreases.

Besides, Fillon proposes to raise retirement age to 65 from current 62 and to put an end to the special early-retirement provisions for state workers.

Fillon vows to "return the public finances to equilibrium" in the next five years by implementing multiple reforms. In particular, he aims to cut public spending from 57 percent of GDP currently to less than 50 percent by 2022 and decrease public spending by 100 billion euros ($106 billion) over five years.

The presidential candidate hopes to see Europe leading in the spheres of economy and innovation, with France being at the forefront. Fillon also intends to increase France's attractiveness for investments.

Fillon plans to make mandatory medical examination for all French nationals every two years in order to prevent diseases progression, as well as to introduce a special health-related program in schools.

The health care system will go through reforms aimed at improving the quality of the medical assistance, its availability, while the medical insurance systems will be stabilized by 2022, according to Fillon. Particular attention would be paid to the disabled persons.

As regards education, Fillon deems important to enhance the system in the way to ensure that the youth learn all fundamentals, with particular attention to be paid to technical, sports and arts courses. Fillon also proposes to set bilingual courses. 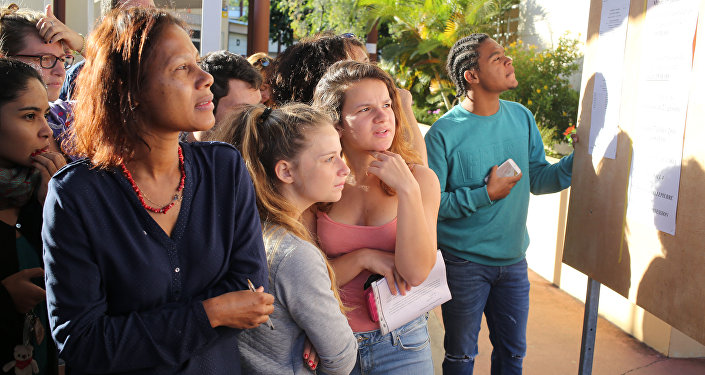 Fillon seeks to make France an independent country in terms of diplomacy, which has a balanced approach to the international agenda. He points out that France should enhance, first of all, cooperation and dialogue with such countries as the United States, China and Russia.

Moreover, he advocates for stronger decision-making ties between the eurozone countries, adding that Turkey should not be made part of the union, and therefore it is necessary to create another form of cooperation.

Fillon agrees that Iran is a significant regional power, adding that Paris is ready to maintain dialogue with Tehran provided it complies with the nuclear deal and plays a stabilizing role in the region. In particular, he believes that Tehran and Moscow should be engaged in search for a solution of the Syrian conflict.

As regards Russia, Fillon has a rather positive approach to Moscow, stressing that it poses no threat and should be EU partner. He also suggests lifting anti-Russian sanctions imposed after its reunification with Crimea.

The Republicans' candidate also highlights importance of cooperating with other countries in Asia, Africa and Latin America.

The first round of French presidential election is slated for April 23, while the run-off is scheduled for May 7.