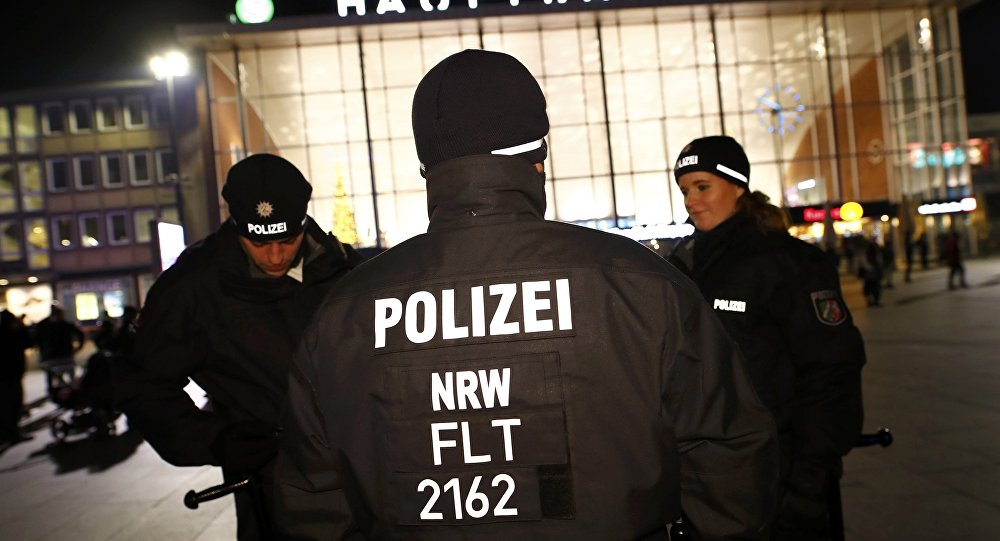 According to police, authorities in the German city of Cologne have decided to establish a no-fly zone over the city center ahead of a meeting of the far-right party Alternative for Germany.

© REUTERS / Wolfgang Rattay
Germans Defend Cologne Police for Wariness of North Africans on New Year's Eve
MOSCOW (Sputnik) – Authorities in the German city of Cologne have decided to establish a no-fly zone over the city center ahead of a meeting of the far-right party Alternative for Germany (AfD), to be held on April 22-23, police said Thursday.

"In the period from April 20 to April 24 all flights [over the city center] including the use of aircraft models and unmanned aviation vehicles… is banned," the police wrote on Facebook.

The exclusions are made for military and police vehicles, emergency and rescue aircraft, as well as for flights departing from/arriving in Cologne, Bonn and Norvenich.

The security measures are being made amid the possibility of unrest in the city that could be provoked by AfD's opponents, who are expected to hold rallies against the party's meeting in Cologne.

The AfD party, which was founded in 2013, has been on the rise since 2015 amid the influx of migrants in Germany and growing terror threat in Europe. The party managed to enter regional parliaments in 11 out of 16 German states.

Nevertheless, support for the party has decreased recently according to polls. A survey conducted by Forsa showed on Wednesday that AfD would be still able to pass the threshold of 5 percent making it eligible to enter Germany's parliament. According to the poll, a total of 8 percent of German citizens would choose the party if elections took place on Sunday, in comparison to 10 percent in February.

Germans are expected to vote on September 24 in a general election that will elect a new government and chancellor. This will be the second federal election the populist AfD will take place in. In 2013, the party gained only 4.7 percent of votes, failing to win seats in the Bundestag.

'Police Stood There and Did Nothing' - Victims Recall NYE Cologne Attacks