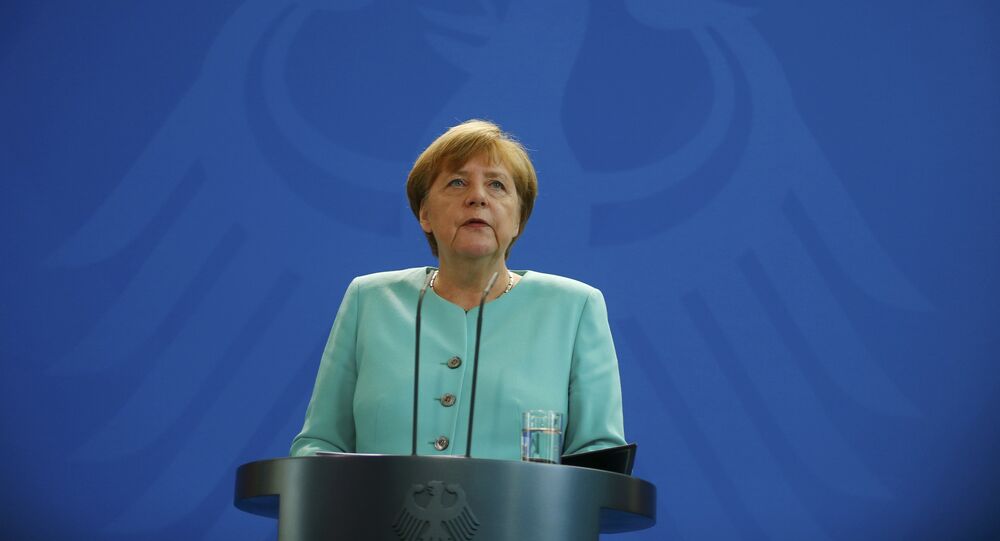 Angela Merkel's dossier on Vladimir Putin is unlikely to contain any new information about the Russian leader that could be of use to UK intelligence, political analyst Leonid Krutakov told Radio Sputnik.

© REUTERS / Hannibal Hanschke
German Intelligence Outraged: 'Merkel Trusting Britons More Than Own People'
German Chancellor Angela Merkel is under fire for taking briefings from UK intelligence rather than her own security services. Merkel also shared the results of German intelligence investigations with the UK, without telling her German colleagues.

The German magazine Focus reports that as a thank you for the briefing, Merkel handed the UK intelligence agencies a German Federal Intelligence Service (BND) dossier with information about Russian President Vladimir Putin and Crimea.

"In later talks with their German colleagues, the British were surprised that the German intelligences services had not been informed about Merkel's secret service meeting in England," Focus reported.

Merkel is facing harsh criticism in German intelligence circles for appearing to place more trust in the UK security services than those of her own country.

"Not once in the past 12 years has Merkel come to the weekly briefings that the President gets from the German security authorities," a senior government official told the magazine.

"Why does she travel to England – does she not trust her own people anymore?"

"I think this is about the Dresden period of Vladimir Putin's life. It is well-known that the East German Ministry of State Security – the 'Stasi' was one of the best spy agencies in the world, and it developed dossiers not only on its opponents but also on allies, as is the practice of intelligence agencies. But I think that like in any dossier, there isn't any really secret information. As a rule, the value of a dossier is in its assessment of a person's professional and psychological characteristics."

"You are unlikely to find some kind of compromising material there which you can use to the advantage of Germany or Britain, otherwise it would have been done a long time ago," Krutakov said.