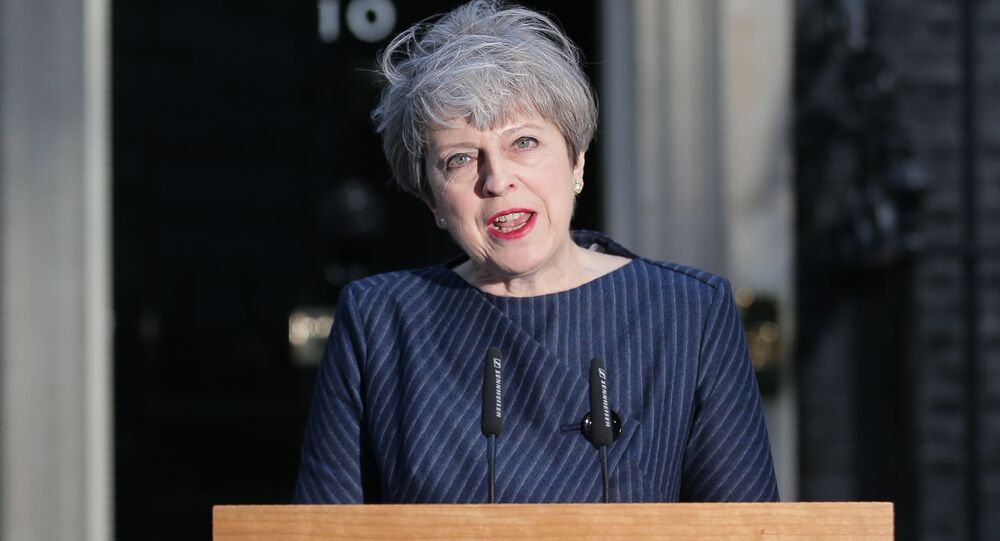 British Prime Minister Theresa May announced on April 18 that she is calling an early General Election on June 8.

"I have just chaired a meeting of the cabinet where we agreed that the government should call a general election to be held on the 8th of June," May said speaking at 10 Downing Street.

May made the announcement during her speech outside her Downing Street office on Tuesday, saying that though she had "reluctantly come to the decision on early election," in her opinion, the only way to guarantee stability "for years ahead" is to have early election.

"[We] need unity in Westminster, but instead there is division," May said.

© AP Photo / Alastair Grant
UK Labour Party Enjoys Lowest Support Level Since June 2009 - Poll
May stressed that the current government has the right plan for negotiating with the EU.

The Prime Minister pointed out that the UK has "a one-off chance" to get the election done while the EU agrees on negotiating the position.

May then announced that she is set to move for legislation to hold the election in the House of Commons on April 19.

"So tomorrow, I will move a motion in the House of Commons calling for a general election to be held on the 8th of June. That motion, as set out by the Fixed Term Parliament Act, will require a two-thirds majority of the House of Commons," May added.

Current polls indicate that Theresa May would be the leading candidate in the upcoming snap election.

On June 23, 2016, Britain voted to leave the EU in a referendum, with 52 percent voting to leave the EU. Theresa May, who was appointed prime minister right after the country voted in favour of Brexit, triggered Article 50 on March 29, 2017, formally beginning the process of the UK leaving the European Union.