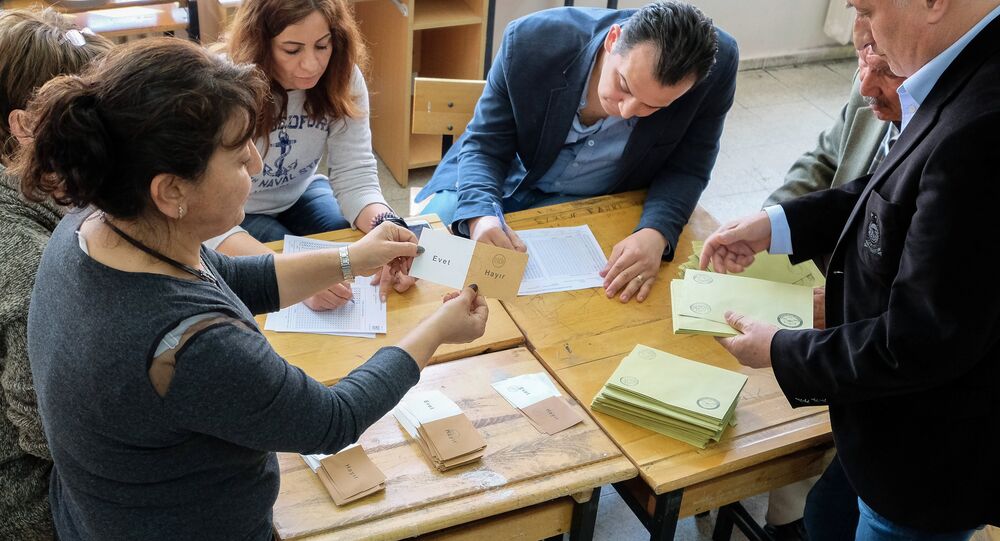 Emmanuel Macron said that preliminary results of the Turkish constitutional referendum is indicative of the country's movement toward authoritarianism.

"Yesterday's referendum marks an authoritarian drift of Turkey. If I am elected President, I'll do everything to help Turkish democrats, who continue to fight," Macron wrote on his official Twitter account.

On Sunday, President of Turkish Supreme Electoral Council (SEC) Sadi Guven said that the preliminary results showed that the amendments had received a majority "yes" vote but noted the final results would be available in 11-12 days.

According to the preliminary results provided by the Anadolu news agency, 51.4 percent of Turkish voters have cast their ballot in favor of the constitutional amendments that would increase presidential powers. This figure became available after 99.9 percent of votes have been processed.

Should the proposed changes become law, the president's powers over the legislature and judiciary would be strengthened, and the president could remain the head of the political party he or she represents, something which is not permitted under the current legislation.

The president will also be able to appoint a number of top judges, declare a state of emergency and have the right to dismiss the parliament. However, in the case of the latter, the head of state will also have to face re-election.