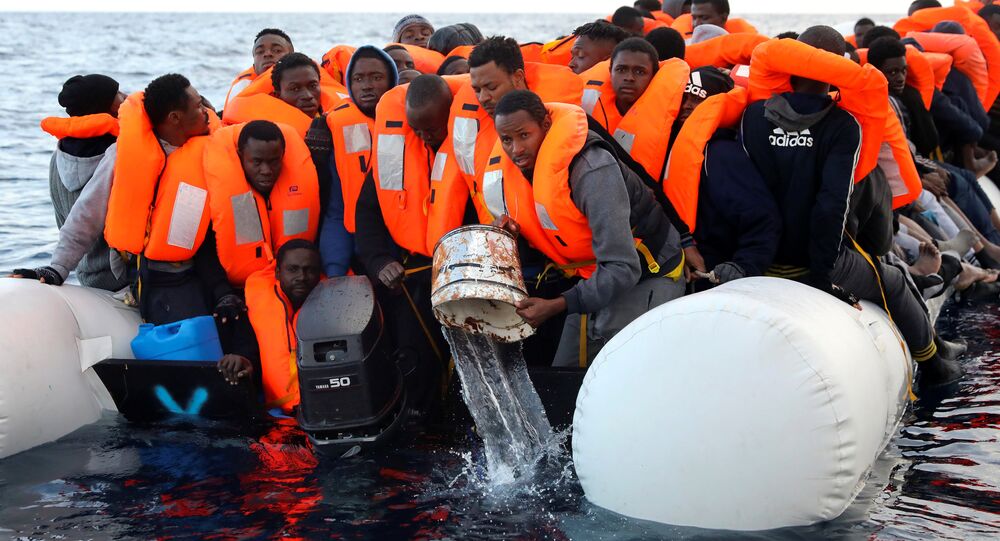 The Italian coastguard rescued over 2,000 migrants who were attempting to cross the Mediterranean Sea on Friday, local media reported.

MOSCOW (Sputnik) — As part of 16 rescue operations, conducted jointly with a number of charities, a total of 2,074 migrants have been saved and one dead body has been found, the Italian Adnkronos news agency reported.

Europe is currently experiencing a dire migration crisis, and struggles to accommodate hundreds of thousands of migrants attempting to enter wealthy EU member states through various routes, including via Turkey, Italy and Greece.

According to the latest data of the International Organization for Migration (IOM), a total of 33,054 migrants and refugees arrived in Europe in 2017 alone, with the EU border agency Frontex stating that a total of 503,700 people crossed the EU border in 2016, compared to over 1.83 million illegal border crossings in 2015.