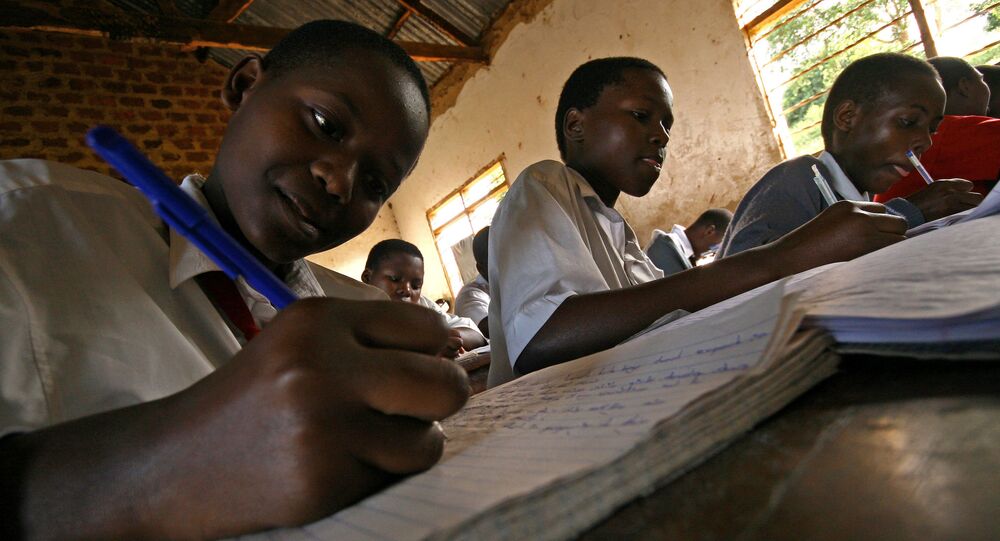 Finland, which received around 30,000 refugees at the peak of the migrant crisis and is still struggling to accommodate them, has received surprising advice from Uganda, a developing African nation, which in recent years took in hundreds of thousands of refugees.

© AFP 2021 / JUSSI NOUSIAINEN / LEHTIKUVA
Finland Paves Way for Mass Deportations of Migrants, Igniting Protests
Whereas Finland's share of 30,000 migrants rocked the Nordic nation and proved to be a heavy burden on its welfare system, Uganda claims to have succeeded in integrating much larger crowds of refugees, using considerably less resources. This is all the more astonishing given the fact that Finland was placed first in the 2016 Social Progress Index, as opposed to Uganda, which had to be content with a modest 107th place.

Uganda, a nation of 37 million, registered over a million refugees in recent years, mainly due to the war in South Sudan. In 2015 alone, it took in a record 512,000 refugees. The Ugandan experience consists in processing asylum applications as quickly as possible and without interruption allowing refugees to live and work in the community instead of isolating them in special centers.

"There have been five thousand refugees just in the past three days. Yet our borders are still open," High Commissioner for Refugees in Uganda David Apollo Kazungu told the Finnish daily Hufvudstadsbladet in connection with an integration seminar organized by the Finnish NGO FinnChurchAid in Helsinki.

© AFP 2021 / LEHTIKUVA / Markku Ulander
Finland Amazed at How Many 'Refugee Children' Are in Fact Adults
According to David Apollo Kazungu, the key to success is fast-track integration, which has been practiced since WW2, when Uganda, then a British colony, took in 7,000 Poles — a fact which still remains largely unknown even in Poland.

In Uganda, the integration process begins immediately. The country's national development plan is based on the idea that refugees are part of the community and contribute to its well-being. Refugees receive supplies and are allotted a temporary dwelling and access to a plot of land.

"Refugees live in villages together with locals, not isolated in camps or barracks. They are at home even though they come from another place," David Apollo Kazungu told Hufvudstadsbladet. According to Kazungu, refugees are viewed as a valuable resource. "Refugees are not just a humanitarian issue, they are a component of our economic development," Kazungu said.

© AP Photo / News Agency TT, Maja Suslin
Feminists Cheer as Ugandan-Swede Is Elected Europe's First Black Party Leader
According to Kazungu, Uganda's unique integration pattern has of late been imitated by other African nations, such as Kenya, Tanzania, Ethiopia and Malawi. Therefore, Kazungu encouraged Finland to change its attitude to succeed with the accommodation of the newcomers.

"It depends mostly on the fear of the unknown," Kazungu said.

Uganda, whose surface is smaller than that of Finland, is the world's second-most populous landlocked country after Ethiopia. Uganda has long been on a list of heavily indebted countries, whose high level of poverty and debt make them eligible for special assistance from the IMF and the World Bank. A settlement called Bidi Bidi, which effectively hosts at least 270,000 refugees, has been identified as the world's largest refugee camp. For the sake of comparison, Espoo, Finland's second-largest city, has a population of 255,000.