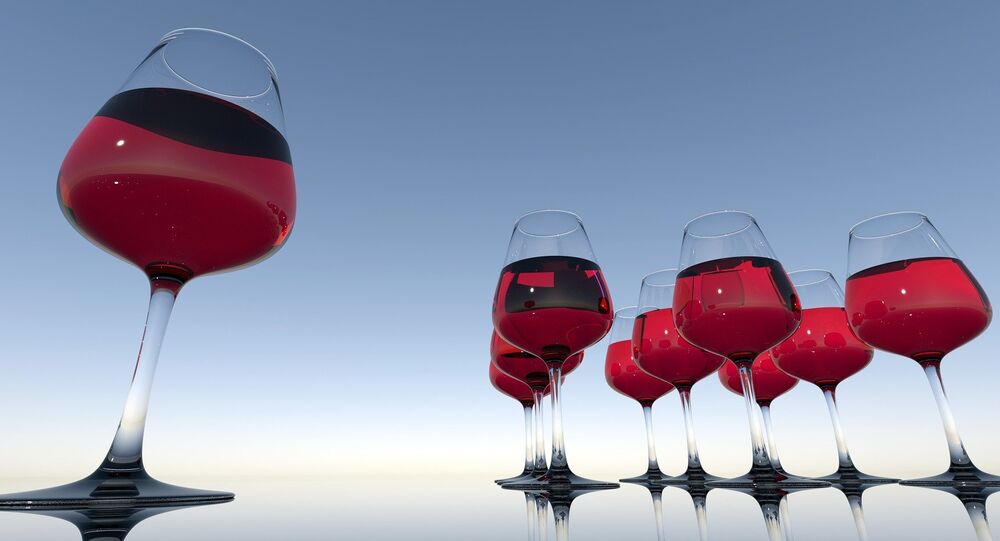 At a premier wine fair in Italy, European producers have expressed fears that wine and champagne may be used as bargaining chips in the upcoming two year Brexit negotiations. But with uncertainty over free trade deals ahead, some UK producers are seeing an opportunity to move in.

VinItaly is the largest Italian wine fair in the world, with more than 4,000 exhibitors spread over almost 90,000 square meters and tens of thousands of buyers, sellers and importers.

At this year's meetup in Verona, the wine chatter turned to fears that the future doesn't look so "rose" for some wineries.

Terra moretti plants a green garden at vinitaly to celebrate nature. See you at @VinitalyTasting Pad 7 stand B3 B4. #Vinitaly2017 #Vinitaly pic.twitter.com/IZoXMX39sX

The UK's decision to exit the EU was a path few European wine producers wanted. The UK is a massive importer of European wines and champagne, spending US$2.76 billion imports in 2016. Indeed, only the US imports more European wines.

"We are all very worried," Cesare Cecchi, the chairman of one of the Cecchi winery, one of Italy's largest and most famous wine dynasties, told AFP.

© AFP 2021 / SCOTT HEPPELL
Don't Shut Out the UK! Boris Johnson's 'Prosecco' Diplomacy
Some like Mr. Cecchi are concerned that their industry will be used as a bargaining chip in the upcoming laborious Brexit negotiations, which are set to cause significant uncertainty for at least two years.

Fears have already been stoked by foreign Secretary Boris Johnson, who, on an official visit to Italy in September 2016, warned the country to ensure a fair free-trade deal for the UK, or have Italian Prosecco producers face restricted export access to the UK.

The industry reacted with nervous jitters. Prosecco is hugely popular in the Brits, who drank around 300 liters of the stuff in 2016. Some in the UK even refer to the end of the work day as "Prosecco o-clock."

However, some wine experts have suggested that the UK's voracious appetite for wine together with the uncertainty for European producers over the next two years could open up huge opportunities for growing English producers.

Although not perhaps synonymous with quality wine or champagne, England has had a couple of record award winning vintages over the last few years.

Busy bottling this week! We do contract winemaking here in Dorset as well as our own 🍾🥂#winemaking #englishsparkling #englishwine #lovewine pic.twitter.com/aJXbn4wVnA

In 2016, a blind test by a prestigious competition in Paris judged an English sparkling wine on top of a traditional French champagne, much to the delight of the British wine industry.

According to the UK's Wine and Spirit Association (WSTA), the UK produces five million bottles a year.

With gaps in the market likely to appear amid the Brexit transition period, that number is expected to be boosted significantly to more than 10 million bottles by 2020.

English wines are currently being exported to the rest of Europe, China and the US.