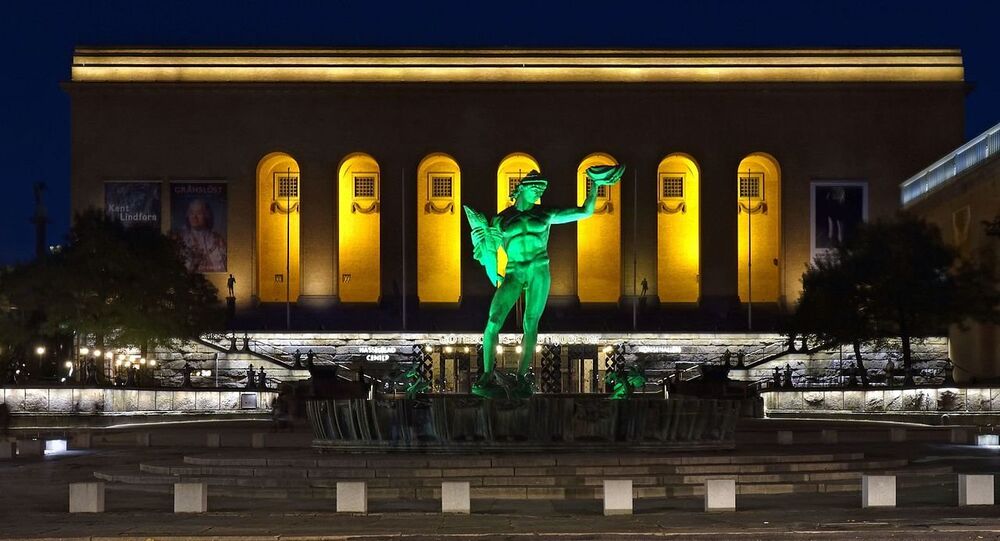 Gothenburg City Theater, which debuted an unconventional, to say the least, play named The Jihadist in late March, is reluctant to remove it from its repertoire even after last week's deadly truck attack that rocked Sweden.

© AFP 2021 / Noella JOHANSSON / TT News Agency
Stockholm Truck Attack Sheds Light Upon Threat Posed by Rejected Asylum Seekers
The Jihadist relates the story of 22-year-old Ilias who traveled to Syria to join a terrorist organization, a scenario repeated by hundreds of Swedish nationals in recent years. Today, many of them have returned to Sweden and are regarded to constitute the foremost threat against Swedish society.

The controversial play, which is based on interviews with real jihadists, their friends and relatives and government officials, triggered mixed reactions among the Swedish public, yet was hailed for "humanizing" terrorists and providing a "nuanced picture" of the Swedish jihadists. According to Johan Gry, the author and the director of The Jihadist, the aim was to "dare" and "see a human being" in a terrorist.

© AFP 2021 / Jonathan NACKSTRAND
Troublesome Trucks: Nordics Ponder How to Prevent Vehicular Terrorism
Scriptwriter Wahid Setihesh said the play was not defending terrorists' actions in any way, but rather tried to understand the person behind the terrorist, who used to be a human being.

Unsurprisingly, the controversial nature of the play came under fire for allegedly romanticizing the image of the terrorists. The play got Liberal MP Robert Hannah to see red.

"Daesh is committing genocide in Iraq. For me, [the play] is a betrayal of all the victims and of all the women who had their children kidnapped by the terrorist organization," Robert Hannah told SVT.

Naod Habtemichael, president of the Center Students Gothenburg, claimed in a highly critical opinion piece in the newspaper Dagens Samhälle, that Gothenburg taxpayers should not be subsidizing "the cossetting of terrorists."

© Photo : Kristian Pohl / Regeringskansliet
Sweden's Plan to Channel Daesh Defectors Back Into Society Backfires
Last Friday's terrorist attack in Stockholm, which killed four and injured fifteen, cast a new light onto the provocative play. According to Gothenburg City Theater, which has not the slightest inclination to stop the play, The Jihadist has become all the more important after the terrorist attack, where one of the victims, an 11-year-old girl, was claimed to be hit so badly that she virtually "flew up in the air."

Pontus Stenshäll, the artistic director of the Gothenburg City Theater, claimed that the play gained particular importance now, given what has happened. Accordingly, the contents of the play will not change, SVT reported.

"It is a terrible and serious problem that we need to discuss," Pontus Stenshäll told SVT.

After the performance, panel discussions are organized with experts who deliberate on the "structures and motivations" that force a young person to travel off to fight for the terrorists' cause. The tone of these discussions will be marked by the terrorist attack in Stockholm, Pontus Stenshäll noted.

© Photo : Pixabay
Swedish Brochure Teaches Migrants How to Have Sex, Avoid Authorities
Sweden's second largest city Gothenburg is known for having "produced" the largest percentage of terrorists in Sweden. From Gothenburg alone, about 80 people were estimated to have joined Daesh. Of those, at least 20 are estimated to have returned. However, the municipality is still struggling identifying them. Today, these people move freely and do not face any prosecution.

Violent Islamism 'Likely' to Sweep Through Norway, Europe due to Poverty, Crime