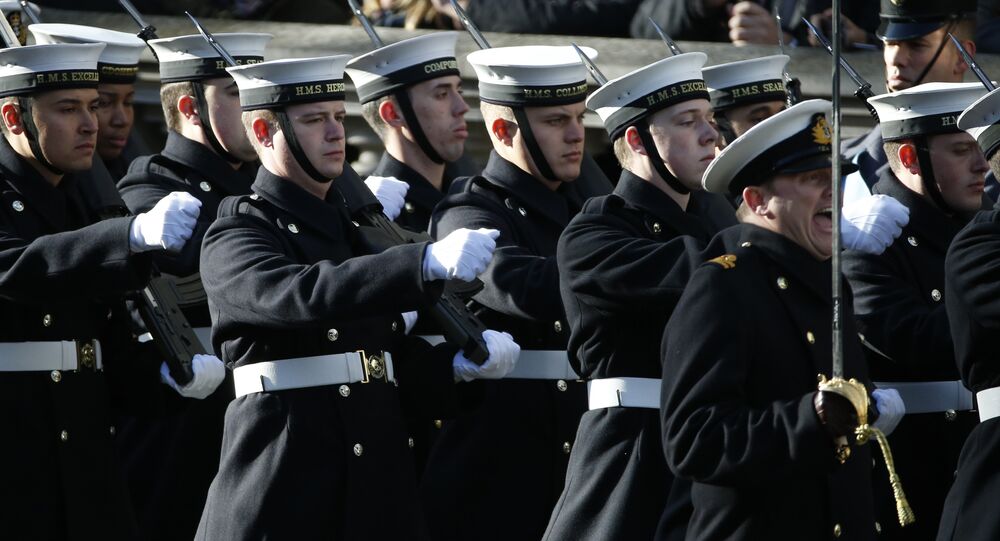 The Royal Marines will see 200 jobs cut in order to help Britain's Royal Navy crew its new US$6.2 billion aircraft carriers. This shake up will see at least hundreds of posts transferred from the Marines to the Royal Navy, which has struggled to find enough sailors to crew Britain's warships.

​Some fear that this latest move could have a long-term impact on UK Special Forces, who are increasingly being relied upon to carry out UK foreign policy.

First Sea Lord Admiral Philip Jones defended the latest move, which he has said is part of a process of "modernization."

"The government is investing in a new generation of ships, submarines and aircrafts," Admiral Jones.

However, senior former officers have warned that axing the Marines will send a clear message to enemies and terrorists that Britain is not interested in defending its interests.

A government source has said that half of the cuts would affect backroom functions — such as drivers and admin staff — and not directly impact the defense Marines are able to provide their country with.

The news of job cuts have been hanging around for a while — UK Special Forces commanders have already braced for cuts of up to 2,000 men in the Royal Navy. The Navy has increasingly struggled to meet the cost of manning the two new Queen Elizabeth class carriers.

​"As we introduce these capabilities into service, we must ensure we have the right mix of skills across each of the navy's fighting arms to optimize how we use them, and the commandant general and I have sought to find the right balance between sailors and marines in responding to this challenge," Admiral Jones said.

In addition to the job loses, the Navy is looking at whether to cut the number of amphibious landing crafts, as well as decommissioning HMS Ocean — the Navy's flagship — whose primary role is as a helicopter carrier and assault ship.

Major General Julian Thompson said that he only hopes the amphibious ships are not touched.

HMS Queen Elizabeth was due to begin trials in the North Sea last month and enter its new home in Portsmouth later in the year.

The British Royal Navy has not had the best luck over recent months, from missile malfunctions to persistent budget cuts, this latest news seems to be another nail in the Navy's coffin.